July 16th, 2022
So what exactly does the amazing and mighty Leo man want from a woman? Keep reading and find out what a Leo man needs from a woman in a relationship. 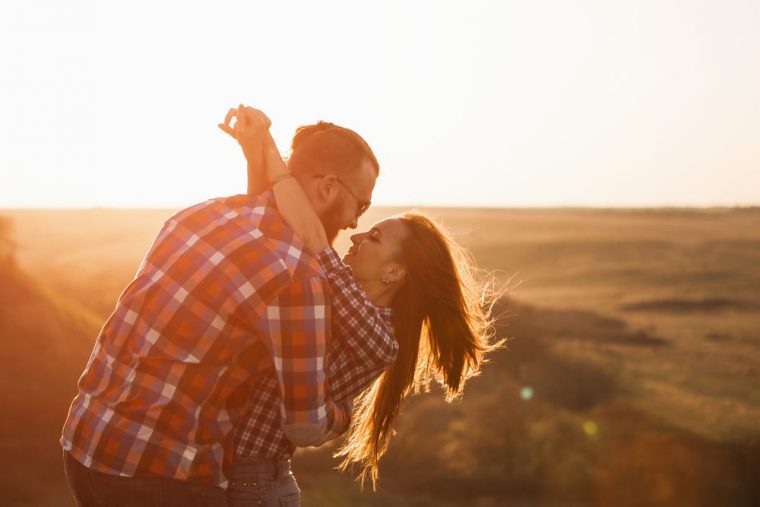 Dating a Leo man is one of the most exhilarating experiences you can have as a woman. These guys are so romantic and love to be in a relationship. They’re the kind of guys who love making a woman feel special and adored.

However, Leo men have very high standards and it isn’t the easiest thing to make a Leo man commit to you. He needs all of his boxes ticked to be sure that he is settling down with the perfect woman for him.

If you’re looking for the answer on how to make a Leo man commit to you, then I would suggest you keep on reading to find out all the secrets of what a Leo man needs in a relationship with a woman.

A Leo Man Wants To Rule His Kingdom

Knowing this, he wants a woman who will be at his side. While he is looking for someone who is his equal, he still wants to be a little bit more in control. It makes him feel as though he’s being a real man to his lady love.

If you’re trying to form a bond or an even deeper relationship with a Leo man, as long as you understand that he wants to be the head of the relationship, then you may find success.

Though you may have some good ideas, you’ll have to suggest them to him in a way that he’ll think it’s his idea and that he’ll implement it. If you try to go over his head and do things, he will become upset.

It may vary, but most Leo men want to be the ones making the bigger salary. Again, it’s a being a man thing. Even if he only makes $1k more than you, it’s still more than you and that makes him feel better.

He doesn’t want to be better than you but he wants to be your man. This is the type of guy that is a bit like a caveman in his primitive urges. In his mind, he’s the ruler of the roost. 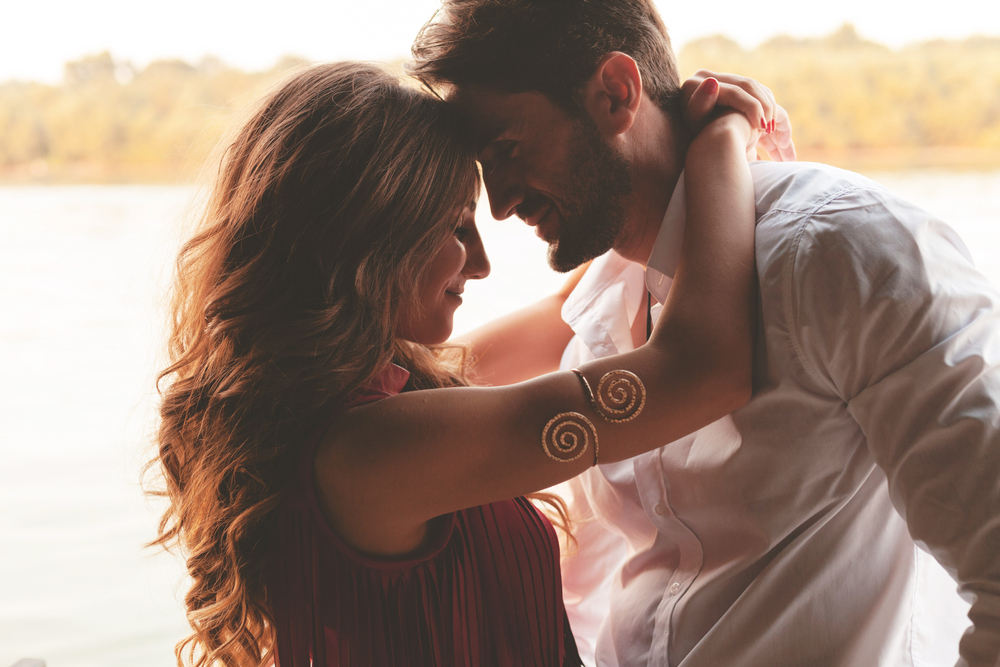 For a Leo man, nothing less than a woman who has it all will do. What I mean by this is a woman who looks gorgeous, is independent, optimistic, and passionate about life.

He wants a woman that will also be eye candy that he can take out for a night on the town. Leo men like to show off what they have and this includes their choice of women.

He needs a woman who is absolutely alright with dressing up and making him feel truly honored and lucky to have you on his arm. He wants other men to find you irresistible but knowing that you’re going home with him.

Ironically, he’s the jealous type. So, if he sees any men trying to talk to you while you’re out with him, he will react. He doesn’t want any men talking to you but he wants them looking so that they know you’re his.

Again, he is sort of old school. He loves to be a man, flaunt what he has, and make darned sure that no one tries to swoop in and take his prizes away from him. He will be this way with you.

The Leo man is very sociable. In fact, he likes to spend a lot of time at functions, parties, meetings, or anything that involves being around other people. He needs a woman that not only understands this but will participate when possible.

If you’re the type of woman that is a bit reclusive, this man may not be the right one for you. He’ll find it disheartening that you don’t want to go out often and be around other people.

He thrives on the energy of crowds which makes him want to be part of it as often as possible. He desires a woman who is not only okay with it but encourages or inspires him to be all that he can be in these situations.

Perhaps if you don’t like going out as much as he does, you can at least find a happy medium and go out with him sometimes, as long as he can agree to stay home with you some nights or spend a quiet evening with just the two of you occasionally. 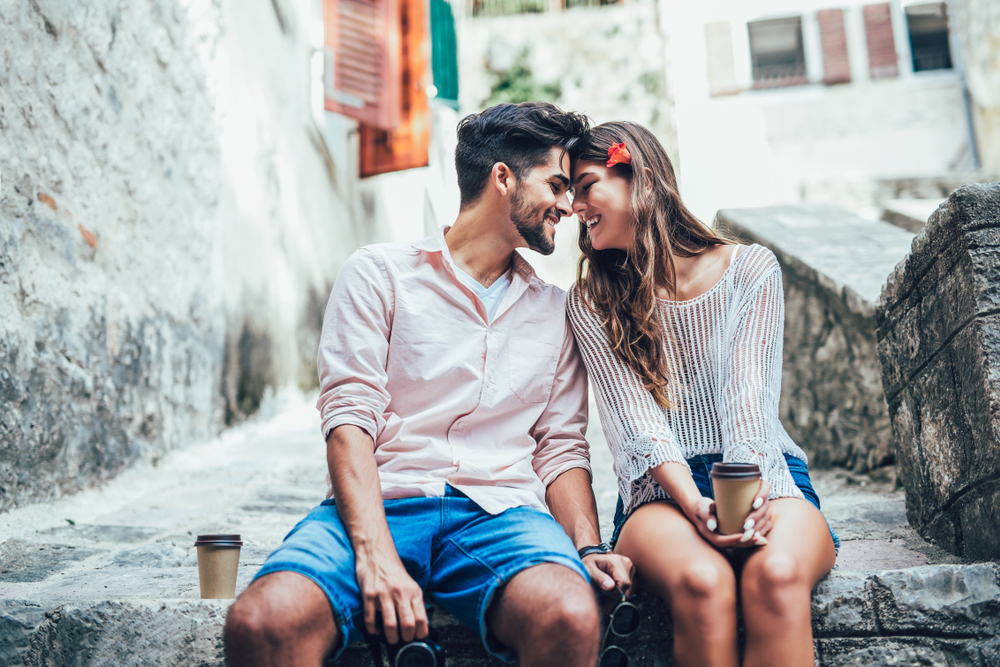 I cannot stress this enough, ladies: a Leo man needs a woman who will pay him lots of attention and give him even more adoration. He thrives on it and he expects it from any partner he has.

He wants to know he’s appreciated, loved, and needed. Find ways to show him that he’s important to you. Give him small tasks to accomplish for you so that he feels needed and then give him thanks for everything he does for you.

Shower him in love, gifts, compliments, and anything you can that will make him feel like the King he is in your life. Let him make most of the decisions as far as where to go on dates or what to do.

When he takes you to bed, let him take the lead. Though if you can get him to agree, you can switch up and alternate. This would likely be later on in the relationship to keep things spontaneous and exciting.

As long as you keep the romance alive between you two, you should be able to succeed with him. He is definitely looking for a partner that can do it all. She can work on her own goals, spend time with him, take care of business, and yet find time to be really affectionate with her Leo guy.

The Leo man’s marriage is a big deal and he’s going to want a wife that will make him feel as though he has everything he could ever want in life. She will stay positive always and give him lots of respect as well as loyalty.

Ultimately the Leo man is looking for a sexy lover who is smart, can hold her own, will let him lead, and will always keep the romance brewing.

How Do You Know If A Leo Man Is Serious About You?

There are some important signs to look out for when gauging a Leo man’s interest in you. The more signs he shows, the more serious he is about you and what you mean to him.

If a Leo man is serious about you, he will start to open up to you and share all his darkest secrets with you. This is a man who is very proud and doesn’t like it when people see his shortcomings, but when he shows you his vulnerable side, it is a good sign that he wants to take things further with you.

He will also show you off to the world. He is an affectionate man and public displays of how he feels are one of the ways to know that he is serious about you. A Leo man likes to boast about the things he loves and if you notice him showing you off, then you’re definitely a woman he is thinking about seriously. He wants to be with you and commit to you.

It is also a really good sign when a Leo man makes a lot of time to see you. He is quite the popular guy and has a lot of friends who want to spend time with him, but if he is prioritizing you over everyone else, then this is a very good sign that you are just what he is looking for in a woman and he wants to take things to the next level.

Read next: 9 Ways To Become A Priority For Your Leo Man

Dating a Leo man is something I would recommend to all of my readers. These guys just have a way of making a girl feel special, loved, and wanted. But he definitely knows what he wants and will never settle for anything less than what he knows he deserves.

He is a man that wants to rule the roost, call the shots, and have a woman admire and praise him every chance she can get. When it comes down to it, the Leo man wants the full package. Someone who he can be with forever.

He is looking for a woman who is stunning and takes pride in her appearance. He also wants her to be social and get along with his friends and family, but most importantly, he wants to be with someone who is going to give him all the affection in the world. He really enjoys it when he can actually feel the love of the woman in his life. So, give him all the hugs and kisses you can muster.

Falling in love with a Leo man is an experience that is totally out of this world.

You probably never realized that it was possible for you to feel so loved and appreciated.

Your Leo sure knows how to make you feel special.

But sometimes you might feel a little confused about the relationship…

You’ve heard that he loves to be in a relationship, so why isn’t he committed?

You thought that this is what he wants…

And he does, he’s just taking things slow or he might have other options distracting him from making you his girl…

The two of you need to get on the same page…

But this can be so frustrating for you!

When all you want to do is move forward.

Perhaps you need to take a look at my website about Leo men to find out more?

It can be quite helpful to figure out how well-matched the two of you truly are.

Sometimes desperate times call for desperate measures and today you can use all the support you could possibly need.

An extra bit of guidance can help you to get to the bottom of things and figure out where to go next.

Wishing you the very best!