March 22nd, 2019
Have you found yourself undeniably drawn to the sexy Leo man but not sure what you can do to get his attention? Find out how to attract a Leo man... 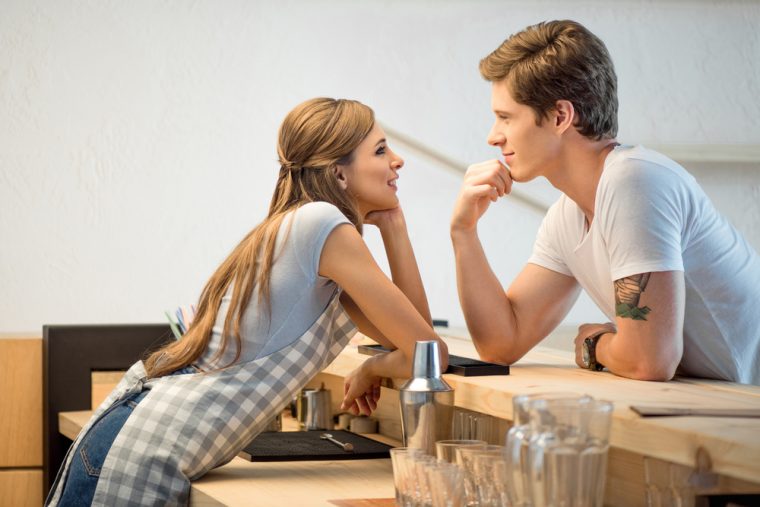 Have you found yourself undeniably drawn to the sexy Leo man but not sure what you can do to get his attention? What makes him drawn to a woman? Keep reading for some neat tricks on how to attract a Leo man.

The Leo man really loves attention and the more you give him, the more he’ll pay attention to you and possibly want to get to know you more. If you’re interested in him, get to flirting!

You can make really cute jokes, touch him on his arm, hand, shoulder, or play with his hair. Just make him feel your attraction by being somewhat physical. Don’t try to sex him up though. That may backfire.

It’s not that he wouldn’t appreciate it but he may get the wrong idea and think you’re just trying to be a fling or “friend with benefits” so you don’t want to get stuck in that.

Laugh at his jokes, make him sense that you’re really happy to be around him, and compliment him on anything you can think of. He’ll think “who is this woman who finds me so appealing?”

That’s basically what you want him to think because you want him to be interested in getting to know you more. That would make him desire to try to spend time with you again.

The more time he spends around you and the more you show him adoration, the more he’ll want to actually get to know who you are and what you’re about. Therefore it may very well lead to him being attracted to you as more than just a friend.

Strive To Be His Best Friend

Always be there when he needs to talk, invite him out to do group activities with your friends or show up where you know he’ll be doing group activities. Basically you need to let him know you’re interested in getting to know him.

He will think it’s sweet and very cute of you to pay so much attention to him. That’s the key element of getting him to consider you as a friend and as soon as that happens, he will start letting you in for a closer look.

Share your dreams, goals, and aspirations with him. He wants to talk so give him someone to talk to. Let him bounce his own thoughts about life off you as well. The key is opening up to him so that he’ll open up to you.

The more you two get to talking, there is more of a chance that he’ll actually see you for who you are and want more. When that happens, be ready for a whirlwind romance. He’s truly the romantic of the zodiac.

Leo men actually like women who have the strength to go for what they want. If you want him, let him know you find him exceedingly attractive and you’d like to get to know more about who he is.

By telling him up front, you’re opening up a door. If he isn’t interested, he will tell you but if he IS interested, he’ll probably ask you out. Leo man is an alpha male and wants to be the one in control.

However when it comes to letting him know that he has your eye, he won’t exactly shut you out unless of course, you’ve totally misjudged his being nice for flirting.

If you have what it takes then by all means, just tell him flat out that you’re into him and you’d like to see if there may be something between you two. Naturally if you’ve been hanging out a bit, go ahead and try to kiss him.

Again, he’ll let you know if that’s not what he’s after. However, if he is, he will be all too accepting to see what you’ve got. Just be aware that once you form a relationship, he will want to take the lead from there on out.

He’s normally the aggressor but it’s alright to get the ball rolling as long as you don’t hold onto the notion of keeping it that way for the long haul. He doesn’t like dominant women but in the case of letting him know you like him, is acceptable.

Getting the Leo man’s attention is as simple as giving him loads of compliments, being sweet to him, and of course; looking spot on sexy. Wearing some really sexy clothing or having your hair swept up in such a way will get his eyes on you.

I wouldn’t suggest looking trashy. Wearing hooker clothing may get him to look at you but he won’t want anything to do with you. He’ll think you’re sporting the wrong attitude for him.

He wants classy and sexy. Wear clothes that make your figure stand out but, is covered up enough that he still has something to his imagination. He wants to savor thinking about what’s under your clothes.

He’s into classic looks like the sexy secretary or teacher look. Where you have your hair up in a bun but when the two of you talk, you let your hair down. He’ll go wild!

Make sure your hair is fixed very nicely, your make up is on point, and you look like you’re going out to go to a social event. You can even wear appealing scents that men adore such as vanilla.

Looking good, having the right attitude, giving him sincere friendship, and letting him know you like him should be some pretty easy ways to get the Leo man’s attention. Compliments are the most important though. He thrives on attention.

He will also expect you to continue doing this after you’ve obtained him as your man. Be careful what you’re getting yourself into if you aren’t ready to adore someone more often than not.

If you’re ready to understand how to attract a Leo man, catch him and keep him click here to learn more about Leo Man Secrets.