Blog » Understanding » Is the Leo Man Jealous or Possessive? 5 Signs to Look Out For

Is the Leo Man Jealous or Possessive? 5 Signs to Look Out For

December 10th, 2018
Have you started to recently date or talk to a Leo man and are wondering is the Leo man jealous or possessive? Will he hate your male friends? Keep reading. 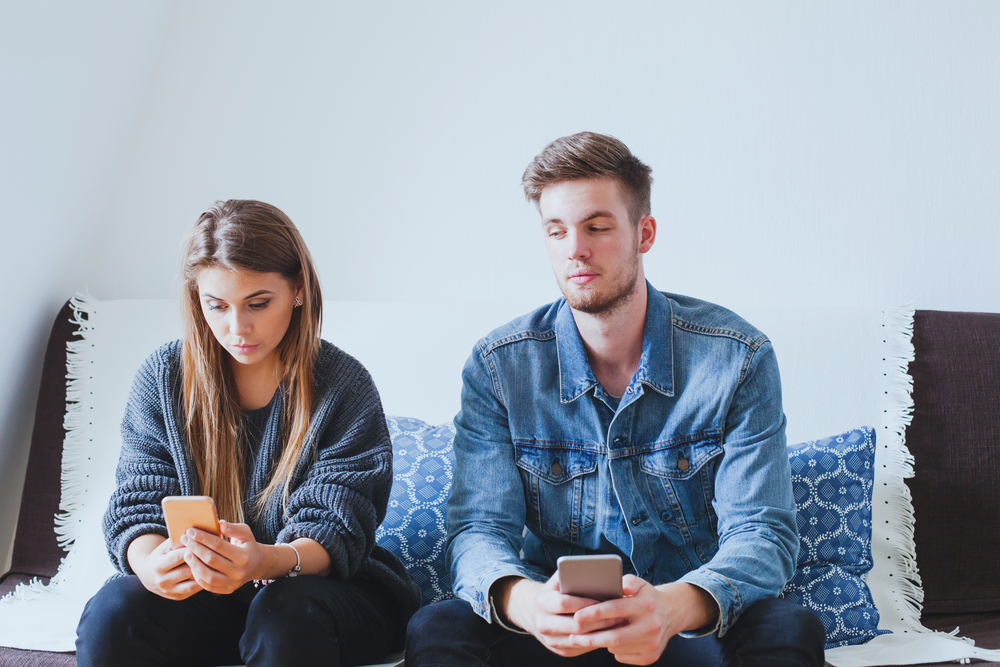 Have you started to recently date or talk to a Leo man and are wondering if he’s the type that will give you a hard time because you are friends with guys? Is the Leo man jealous or possessive? Will he hate your best friend who happens to be male? Keep reading for things you should look out for in regard to jealousy or possessive behavior with your Leo guy.

You are opening up your phone and looking at a social network or text messages and he’s looming over your shoulder trying to see what you’re doing. If a guy comments or texts you, he asks you who that is and how close you are to him.

Maybe your best friend is a dude you’ve known for many years. Your Leo man suddenly has issue with the fact that you aren’t besties with a female. He starts taking digs at your best friend or tells you he’s not comfortable with your friendship.

You notice that you cannot make a call or text message any friends without him asking who you’re talking to. This type of paranoia comes when he knows that you’re friends with other guys.

He will not like it that you’re friends with ANY guys at all. Whether they’re close friends or just people you hang out with once in awhile. You’ll notice how many questions he asks you when it’s really none of his business. 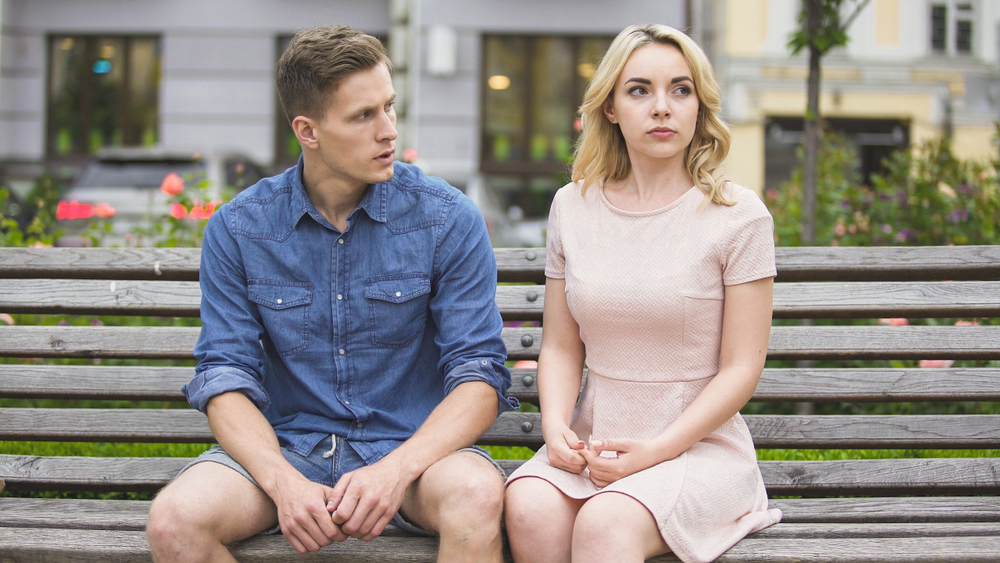 When Leo man is deeply involved with you, he may try to keep you with him as often as possible. Though he loves independence, he also wants to know where you are at all times.

He comes off as paranoid really and this could be uncomfortable if you’re not familiar with this type of thing. Understand that when you’re not with him, he worries.

It’s not always worry that you’ll leave him or cheat on him. Some of it is genuine concern for your safety and well being. This is why he’ll ask you to text him when you get to where you are going or when you arrive home.

If you find that he’s trying to keep you all to himself, this is his jealousy and possessive side coming out. He doesn’t want to share you with anyone else thus keeping you close.

When you find yourself constantly reminding him that he’s the only one and that your guy friends are no threat to him, you may have a very jealous Leo man on your hands.

He’ll make it seem as though you aren’t paying enough attention to him or he’ll do things to distract you from talking to your friends. When your girlfriends call he doesn’t bat an eyelash. When a guy calls, he’s next to you in seconds.

You find yourself telling him how amazing he is, no one can take his place, and that there isn’t anyone else on earth you’d want to spend your life with. When you have to do this all the time, it gets old and is proof that he’s insecure.

Insecurity breeds jealous and possessive behavior. Leo sees his woman as a possession at times and thus becomes territorial about what is his. He needs contestant reassurance from his partner so that he doesn’t go overboard. 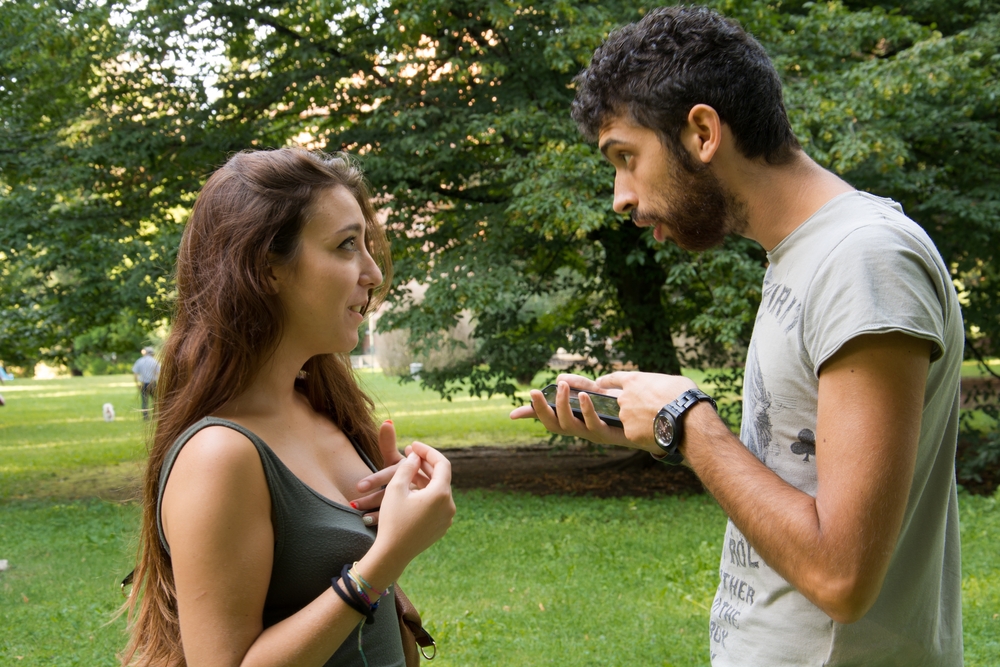 If your Leo man suspects something fishy is going on or that there are too many males that are pining for your attention, he may show up at where you told him you were going to hang out with some friends.

He may hang back and watch for awhile or then again, he may walk up and act like he bumped into you so that he can make his presence known and effectively mark his territory so to speak.

Leo man wants everyone you hang out with to know that you are HIS and no one had better try getting in between or they will regret it. If your Leo man shows up where he knows you’ll be, he’s checking up on you.

If not checking up on you, he wants to see who you’re hanging out with and make darned sure that they aren’t trying to steal you away from him or convince you that you should leave. Remember that Leo men are Lions, they like to stalk.

Your Leo man may decide to throw a party at his place and invite all your friends over so that he can meet them all and size the guys up. He wants to see who they are, what they are to, what they think of you, and if they are a possible threat.

He will also do this to flex his muscle to let your friends know you are HIS and that they had better not try any funny business. He’ll do this in a way that won’t be too obvious to everyone.

Leo will approach anyone he perceives as a possible threat and make sure he talks to that person a lot. He’ll talk about his relationship with you and what he’d do if he ever lost you or found out anything happened to you.

It’s almost like the over protective dad that makes it perfectly clear that if anything at all happens to you, he’ll be all over them. It’s very similar to this. He also wants to show off who he is and what he offers you.

In other words he wants them to see “I have everything she wants, you have nothing” without saying a word. He’ll brag about your times together and how much your future means to him.

He will say some sweet things too so don’t think that he’s only doing this to scare people off. He’ll want to brag and show your friends that he’s a good guy and that he’s going to take excellent care of you. His main intention though is to size your friends up.

If you are still asking yourself is the Leo man jealous or possessive, then I recommend you to read Leo Man Secrets. This guide will help you understand your Leo guy.

Are you experiencing any of these things? Share your story (or situation) with our community in the comment section below (don’t worry, it’s anonymous).