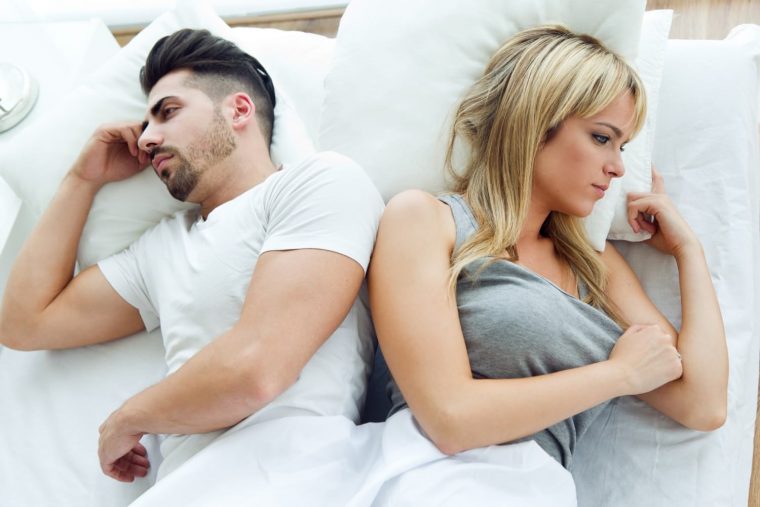 The Worst Part About Dating A Leo Man

We all know how charming, funny, and warm a Leo man can be. He’s dreamy, romantic, and sexy. He’s normally the best looking guy in any place. Though as positive as all this is, what is the other side?

What is your sexy Leo man all about? What are the things that make you cringe when you think of him? Keep reading and I’ll share with you the worst parts about dating a Leo man.

The Cons Of Dating A Leo Man

Before I get into what the absolute worst is, I think it’s time to highlight his bad habits, traits, and basically the cons of dating this Lion. We love him, but he can be really tough sometimes.

1. He Plays The Role Of A Boyfriend But Without The Title

This is nerve-wracking for so many women. They get confused by him saying and doing all the normal “boyfriend” things, but he still says that he doesn’t want to put a title on it or doesn’t introduce you as “girlfriend.”

The Leo man is dragging his feet and is trying to hang onto you without giving you what you want, so he feeds you bits of his goodness just so you won’t think badly of him and leave.

It’s very selfish (and a bit narcissistic as well). He really isn’t thinking of your welfare, he’s rather thinking about his and simply what he wants, which is what makes this feel so cruddy.

2. He Worries About Other People’s Opinions

The Leo man has a bit of an ego, as we all know – and so he wants everything to look good on the surface for anyone who views him or talks to him. That means that if someone says something negative about you or himself, it will cause him to worry, and feel self-conscious.

He will also worry about what they think about you! The Leo man wants others to like you and to think highly of you as well. He will defend just to make you look better, so they think better about you both. It’s sadly other very selfish angle…

A Leo man always wants to be in the limelight of everyone’s thoughts and in their presence. He’ll always try to spin it to make him look as though he can do no wrong. That may include sometimes throwing you under the bus.

3. He’ll Pursue You, Then Push You Away

This man is notorious for going after a love interest with all his might, and then when he finally wins: he loses interest, and seems to not want to hardly talk to you anymore.

In the beginning he’s excited and feels like he’s almost in love, but after you succumb to his advances, he can quickly get bored and decide you’re not the one, and thus he moves on.

I’m not saying he always does this, because when the “real thing” hits him, he will stick around. It’s just there is never a way of knowing that’s what he will or will not do which is a very uneasy feeling.

4. He Gives Titles Without Action

He may introduce you as his girl, but then when you’re not around others. He gives you the cold shoulder, blows you off, and doesn’t give you any of his precious time. He’s the opposite of romantic.

This is yet again, the Leo man thinking of himself and not thinking of you and how you feel! It’s no wonder many women think he’s a narcissist. He is definitely complicated and confusing. Leo man dating is difficult – it’s going to take a tough skin for this Lion, ladies!

5. He’s Has A Bad Temper A Bit Too Often 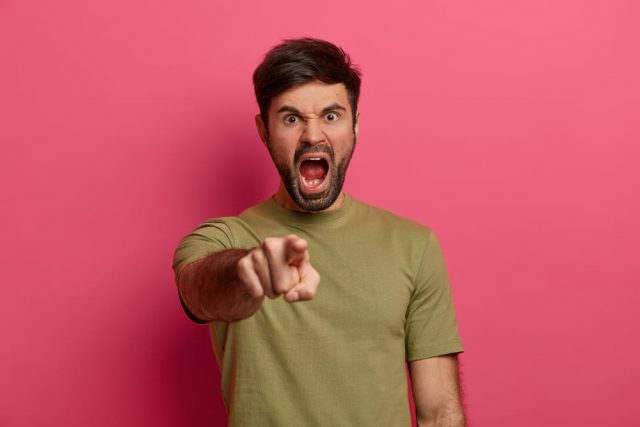 The Leo man is moody. He gets set off way too easily. He gets offended easily and he lashes out in anger. This is the type of guy that can lose control and not be the dreamy guy you first met.

Even when he’s in a bad mood that you had no contribution to, he will treat you like discarded tissue. Yes, it’s that bad. Again, not all Leo men have all the traits I’ve mentioned, but he does have a lot of questionable ways.

If you’re lucky, he’ll have an Earth sign to help him stay grounded without flipping out. Taurus, Capricorn, or Virgo in his chart may help him to be different than the typical Leo.

It’s really important that when you begin dating a Leo man that you educate yourself about his sign and try to figure out what his Moon and Rising signs are so that you’ll know if he’s better or worse.

The Leo man is hard-headed and unwilling to change his mind. If there is something you’d like to change in the relationship, you may have a hard time getting him to agree.

You will have to be very clever and do it in a way that will make him think on it and then decide for himself that he will do it or that he’s alright if you do it. Otherwise, he’s going to want it his way or no way.

Leo man jealousy is a very common thing as well. He won’t like you having friends outside of him because he doesn’t want to share you with anyone. This even applies to family as well at times.

Remember, he thinks it’s all about him and that’s the way he wants to keep it. It’s not uncommon for a Leo man to be the type to be controlling either. He’s the worst of the fire signs.

Oh and if you try to steal his thunder, he will become very angry with you. He doesn’t anyone taking the spotlight from him. If you are better at your career or make more money than him, his manhood will feel threatened. 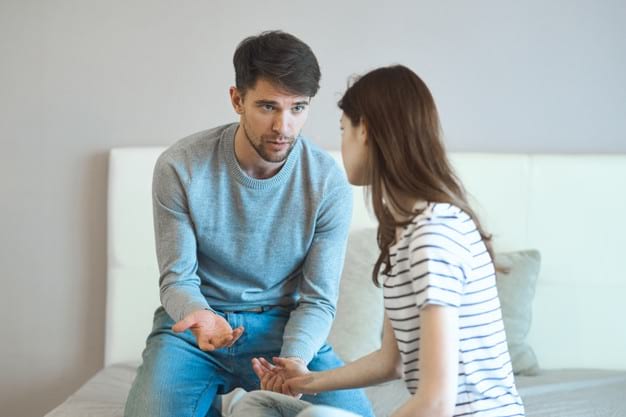 It doesn’t matter what you argue about, your Leo guy will always think he’s right and you are not. It’s almost impossible to convince him otherwise. Even if he knows he’s wrong, he will never admit it.

Naturally this causes him to be self-righteous and offended if you try to tell him he’s wrong. He’s defensive and it’s like talking to a brick wall when you argue with him.

You’re woman, you’re not him, and you have no idea what you’re talking about. This is what he’s thinking when you’re trying to get a point across. It’s not only egotistical, but it’s downright childish!

Read next: Seducing a Leo Man Can Be Pretty Hefty – Apply the Following Rules

The Absolute Worst Part About Dating A Leo Man

Now we’re down to the nitty gritty. You want to know what the worst of it is after having read all the cons. Well here’s the thing, you have to decide which the worst is.

Every woman is different, and so each individual has to figure out what they can and cannot handle dating a Leo man. One thing I can tell you, is that many women do find this one thing one of the most annoying traits.

That’s right. He’s needier than a child or a puppy. He’s got to have it or he’s out of there! There is no other way. He needs you to strike his ego constantly, which is absolutely exhausting.

The thing is that he probably will not give you much of this in return. It’s a one way street for the Leo. Give it all to him and give it now, or you’re out. That’s the way he rolls.

Women want to hear that they are beautiful and wonderful. Leo man may start a relationship doing these things but later on when he gets comfortable, he loses the importance of giving his lady some reassurance and care.

He needs to be reminded of this. The best play is to tell him that if he doesn’t give it up, you’re going to walk. If his ego takes over, he will do anything to keep you and tell you anything you want to hear.

He will not want to seem like a failure, nor have people look at him as though he’s a horrible person. Leo man definitely doesn’t want you telling people how terrible he’s been.

That being said, you can use this most annoying trait against him by giving him a taste of his own medicine. Be careful though, because if you truly love him, he may just lose interest in you to find that attention elsewhere.

It’s probably better to speak up and tell him you will give him what he needs as long as he returns the same to you. Then he knows what is going on and will make his decision.

I hope this has been enlightening for you but please remember, not all Leo men possess all of these negative traits. It really and honestly depends on what is in his chart, as well as how he was raised.

And it’s up to you too, ladies. Now that you know the worst of this man, it doesn’t necessarily wipe away his positive traits! His fiery spirit, the light he will bring into your lives – and there will never be a dull moment, trust me!

So, if you’re the type of person who won’t take his temper tantrums personally, and have a lot of patience and love to give, then he might just be the perfect match for you. Although, you’ll have to give my compatibility quiz a try to know for sure.

What have you experienced with Leo man’s bad traits? Tell me what you learned.

The Worst Part About Dating A Leo Man