December 9th, 2020
Ready to take it further with your gorgeous Leo guy? This one is a catch – sexy, masculine, and charming –there’s very little not to fall in love with. Plus, he’s usually one of the more committed signs in the zodiac, and he takes love seriously! If you’re wondering whether or not you’re on the same page, then look no further! 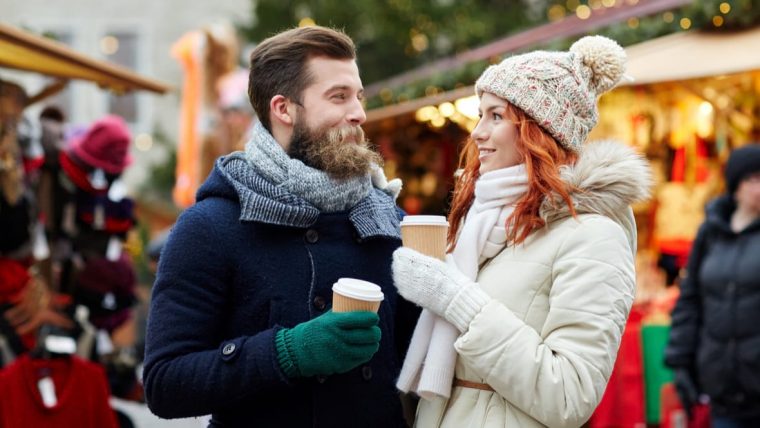 Ready to take it further with your gorgeous Leo guy? This one is a catch – sexy, masculine, and charming –there’s very little not to fall in love with. Plus, he’s usually one of the more committed signs in the zodiac, and he takes love seriously! If you’re wondering whether or not you’re on the same page, then look no further!

It’s easy to get butterflies and weak knees for a handsome, protective Leo man. Not only is he ultra-charming, but he’s also creative, fun to be around, and burns as bright as a bonfire on a summer’s day. This man commands your attention, and his confident makes him that much more attractive!

Also – it’s worth mentioning that in my years of experience as a relationship astrologer, there is plenty of evidence to suggest that the sign of Leo is amongst the most reliable in love. They marry the most often, and stay married (usually).

In fact, if you have found yourself a single Leo fella, then ladies, fight for him. Yes, he has his faults, but his generous heart and romantic nature more than makes up for it. You’ve probably come to the conclusion that he’s the “one” for you – so how do you know he feels the same way you do?

Let’s explore a few tell-tale signs that he wants commitment just as much as you do:

1. He’s Showering You with Gifts 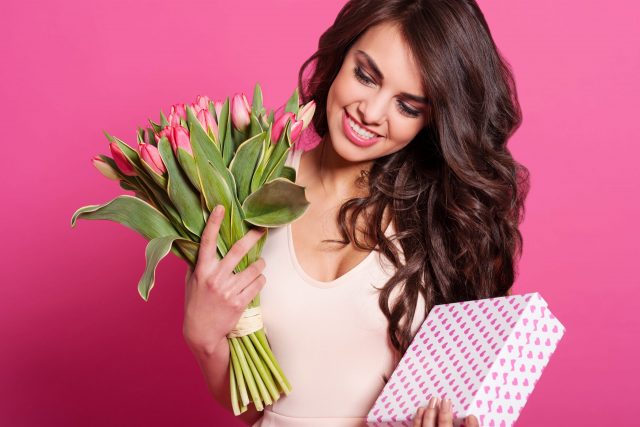 One if the main love languages of the Leo man is the giving of gifts. He absolutely loves to splurge on his woman to demonstrate to her that he can provide for her and protect her. Yes, the Leo man is one of those who can be a little “me, big strong man!”

But you’ll soon see that this don’t come from a misguided sense of masculinity, but rather, a genuine desire to take care of you. And, if he’s showing that desire, well, you can be quite sure that he’s ready to take the next step.

Of course, it never hurts to return the favor. He loves receiving just as much as he loves giving!

2. He Proudly Shows You Off to His Family

Ladies – is he introducing you to his family? This is a sure sign that he wants to commit to you and take the relationship further. Family is absolutely everything to the Leo man – he just can’t live without them! Whether it’s his kids or his lovely mom, he is a dedicated son and father.

He doesn’t welcome just any woman into his family, so be sure to receive this honor and get excited about it, this is something special! The doors of trust are swinging wide open, and he wants you to see who he is and where he comes from.

3. He Talks About Having Kids Together

Even as a joke, if he starts talking about having children with you, he’s definitely ready to make a commitment to you. For some Leo men, babies are even more important than marriage! They are born to be dads, and they also make wonderful husbands.

So, all those fantasies you may be having – get ready for them to come true. He would never bring the subject up, even in passing, if he hasn’t considered you to be a great mom to your children together – or even to his existing children.

4. He Proves His Reliability and Loyalty

As a fixed sign in Astrology, Leo men are committed, consistent, and totally reliable. They’ll prove it to you by always being on time, showing up when they say they will, and texting you when they’ve promised to.

It’s very rare that they don’t put their best foot forward in this way, and if they don’t, well, that could be a sign that they’re not that into you (unless, of course, they have some sort of work or family crisis going on).

Remember, if he is showing you that he can be trusted, then you should match his actions to show him you also mean business and are serious! 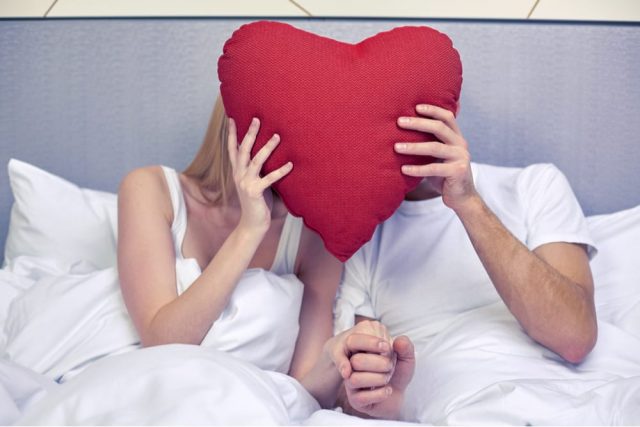 Did you know that Leo is the sign that rules romance? He is the master of grand gestures, and it’s not beyond him to take you up in a hot-air balloon and propose to you! He’ll do all that and more, and if he’s a wealthy Leo, expect the gestures to be even more luxurious!

The more he wants to commit to you, the more romantic and flamboyant he will be – he does get lazy over time, so take advantage of this special phase.

When a Leo man is in love with you and wants to commit to you, he will treat you like an absolute queen. Car doors are opened, chairs are pulled out, and the bills are picked up by him. He loves to be in that manly role, as it makes him also feel like a real king, capable of taking care of his lady.

If he’s not treating you this way, then there’s definitely something up, because that’s not how he usually operates. It’s possible his self-esteem is crushed for some reason, so explore why you think he could be feeling this way.

7. He Tells You His Insecurities

It sounds strange, but if the seemingly confident Leo guy shares his personal insecurities with you, it means that he’s actually ready to take that next step with you. That he trusts you enough to open up his real feelings to you.

You may be quite surprised that he’s someone who feels this way, as he tends to come off as completely in control. But, in actual fact, he needs and thrives off of your approval and admiration.

8. He Makes You Move in With Him

This may sound extreme, and perhaps obvious, but sharing homes is a very big deal for the Leo man. Other guys may have you move in, and then ask you to move out the very next month. Or, they move in with you and become parasites.

This is not true for the home-loving Leo guy. To him, his home really is his palace and he would like a queen to share his throne. It can be scary to think about, but it’s the first step to making this relationship something very, very real (wedding bells, anyone?).

In conclusion, the signs that the Leo man wants to commit to you are usually very, very obvious! It doesn’t take any special operation, because he shows his feelings through his actions towards you.

He’s a doer, not a talker, and that should make you instantly feel better. Here, love really is an action!

Are you falling for a Leo guy? What are set off the signs that he’s showing around commitment? I love learning from you, my readers, so please go ahead and share your experiences with me in the comment box below!

If you want to know more about these warm, loving and proud men, check out my Leo Man Secrets.