5 Signs That Your Leo Ex Does NOT Want You Back

September 3rd, 2020
Going through a breakup with a Leo man? Should you give your Leo Ex one more shot. Here’s how to know whether it’s truly over. 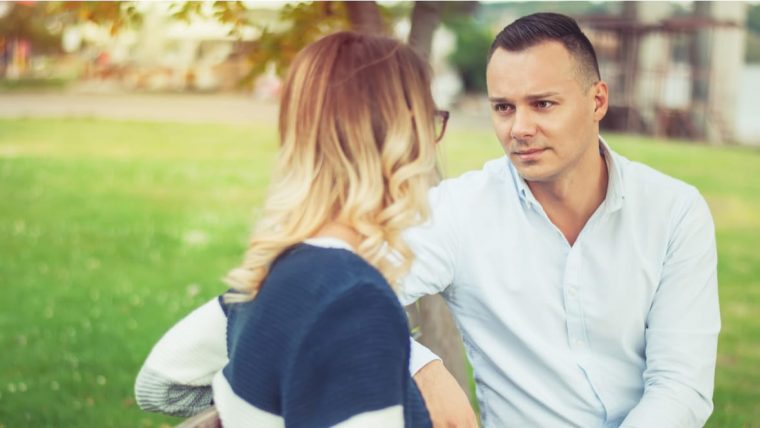 Going through a breakup with a Leo man? It’s hard – these are not guys that are easy to let go, are they? It’s likely you had a long-lasting bond, and it took a lot for either of you to break away. In fact, you may still be wondering if you should give the relationship one more shot. Here’s how to know whether it’s truly over.

Breaking up with a fire sign is never an easy event to get over. As you may know, being with this sign feels warm, loving and close. When they’re gone, life can be devoid of colour, cold and dark in some way.

You have to learn to light your own fire within! You also have to remember all the reasons why you broke up with the Leo man, regardless of whoever was the one to call it off. Let’s face it – Leo men can be arrogant, demanding, selfish and dramatic. They can also be controlling and stubborn, not to mention vain!

Sure, he has some good qualities, but perhaps you’ve started to realise that the negative traits outweigh the good ones. However, it’s common to see women still yearn for their exes, no matter how bad the relationship was for them.

How do you get over him? Well, you can know the difference between when he still wants you, versus when he doesn’t. if he shows any of the signs of not wanting you back, it’s really time to move on and open your heart for new love, ladies!

How Do You Know If a Leo Man DOES Still Want You?

He’s Still Affectionate With You

Even if things are going badly, if he’s still affectionate with you, it means that he is genuinely still in love with you and wants to work it out. Little moves such as putting his arm around you, giving you a kiss every now and then, and snuggling you with you at night means that his heart is still yours.

He Is Protective and Slightly Jealous

Leo men are generally a little jealous. They like being the center of your world, and they resent it if you give your time and energy to anyone else. This sometimes looks like protectiveness, too, especially if he’s still volunteering to be the breadwinner. Rest assured that he wants you if he’s still a bit possessive of your time and attention.

He‘s Willing to Change for You

Leo men are remarkably stubborn. They are reluctant to change even at the best of times, and they can really dig their heels in when they want to. However, if he shows any willingness to change for the betterment of the relationship, then he really is still all-in.

He’s Loyal, Despite the Challenges

Leo men are very, very strong. They can handle a lot of life’s knocks, and they always manage to pick themselves up. Their loyalty matches their strength, and a typical Leo man won’t give up on you very easily. Even when your relationship is hard, his loyalty won’t waver if he’s still in love with you.

5 Signs That Your Leo Ex Does NOT Want You Back 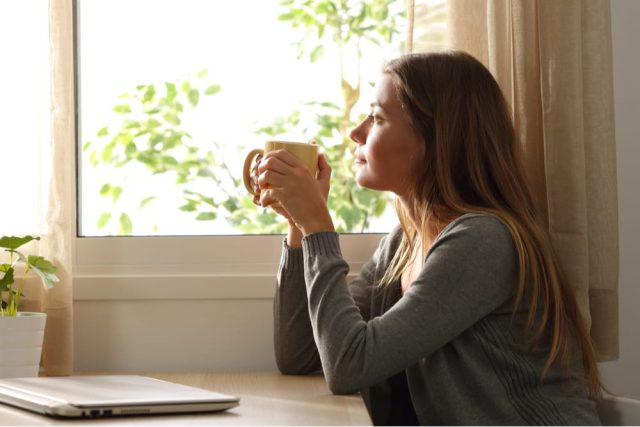 1. He No Longer Wants to Protect You

When a Leo man gives up on protecting his pack, his love really has died. If he’s no longer willing to foot any bills, he doesn’t care about your whereabouts, or he doesn’t seem to care what you are doing with your life, you need to let go entirely.

Leo men hold on for a long time and consider it their duty to provide for and protect you, sometimes even after the relationship has ended. When this goes, you need to accept the fact and open up to a new love.

2. He’s With Someone Else

You know for sure that your Leo ex doesn’t want you back when he’s with someone else. This is not a sign that moves on easily or quickly, and while he may have a few flings after a breakup, he seldom enters a committed relationship unless he really means business.

Yes, this is one of the most painful feelings to experience, when you see him with someone else. But it’s also an opportunity to close the door for good. Remember, you don’t have to also be with someone else just because he is – your process may take a bit longer than his, so don’t compete.

3. He’s No Longer Messaging You

Because of their loyal streak and their inability to ever really give up, Leo men often prolong a breakup by being available to message all day long. He might have chatted to you every other day to see how you are or to relive old memories. He’s maybe even sent you drunk messages.

Leo men love drama. They are larger than life, and they can also create drama, especially around a breakup.

They may act out, demanding that you somehow “see” their suffering. They can go out of their way to actually cause drama in your life as a way to keep you around and hanging on.

When the drama stops, he has moved on and doesn’t want you back in his life.

Read next: How to Know When a Leo Man Is Done with You – Don’t Waste Your Time!

Leo is a fire sign, and all fire signs are warm by nature. Love comes easily to him, as does affection. When you see him and he’s no longer pulling you in for a lingering hug, reaching out to touch your hair, or touching you on your arm or leg, then his affection has gone away and he’s not looking to reconcile.

Affection is one of the clearest ways to tell if a Leo man still does have feelings for you. Notice if there’s a lack — if he’s cordial but distant, as if his attention has gone somewhere else.

So, these are the top five signs of a Leo ex no longer waiting you in his life as a romantic partner. It’s never, ever easy to read learn things, and as a relationship astrologer, I understand how tough breakups can be.

Have you ever had a breakup with a Leo man? How was the experience for you? And how did you know that he wasn’t coming back? Feel free to share your story in the comments, completely anonymously.