September 8th, 2020
You’ve been enjoying sexy, passionate text communication with your Leo man. These 5 texting tricks will help you turn things around and make him chase you again! 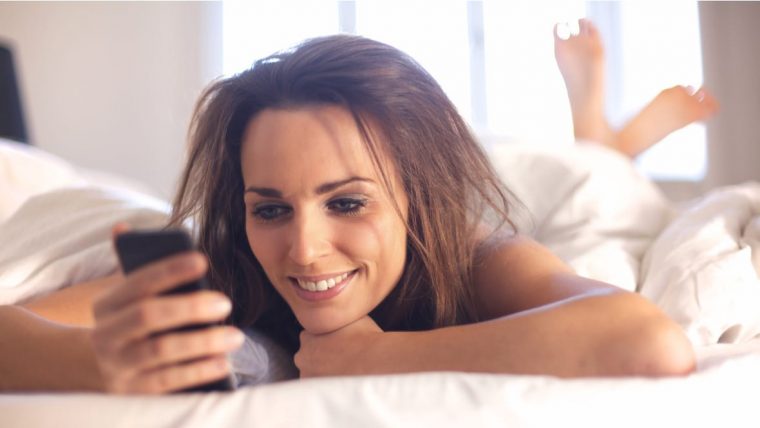 You’ve been enjoying sexy, passionate text communication with your Leo hunk—but suddenly, things have gone cold. You’re left feeling a little confused and perhaps insecure. These 5 texting tricks will help you turn things around and make him chase you again!

What can you do to get a Leo man to pay attention to you and start initiating contact? He’s actually not a hard guy to reach, but he is popular.

He likely knows he has many women to choose from. Can you make yourself stand out and get him to chase you simply by texting him the right things? Yes! Keep reading to learn more about Leo man texting tricks.

The very first thing you need to know is that a Leo man doesn’t typically like to be chased. If he backs off, it’s not because he wants you to chase him.

If he does want that, then he may have another sign that is strong in his chart such as a water sign. They prefer being chased because it shows romance. But typically, Leo is an alpha male, so he wants to do the chasing himself. He wants to be the strong guy that sweeps his woman off her feet. Yes, he’s THAT guy.

Now that you know that, you definitely don’t want to overburden him with text messages. That will seem like you’re desperate, and he will not like this at all.

He wants a woman that will let him be the one advancing things if he feels it’s a good connection. When it comes to texts, you need to be sure you’re only doing it now and then. Don’t blow up his phone daily with lots of messages.

Relax, take your time, don’t jump quickly to respond, and keep a cool attitude. You don’t need to be hyper and excitable. He wants to win YOU over, so let him do the work.

Now let’s take a look at the tricks you can use that will help boost the Leo man’s interest without him thinking you’re clingy or needy. Yes, there is a way to do it!

You want to appeal to the friendship side of Leo. He wants to be with his best friend essentially. Be sure that you’re doing things a best friend would do. Send him funny pictures or memes that you know he’ll find hilarious.

Again, only do this maybe once or twice a week until he’s beginning to text you more. Still, be a little reserved with when you text him so he doesn’t feel like you’re running after him full throttle.

The other thing is that Leo men typically just aren’t big on texting. They don’t mind doing it sometimes, but they enjoy in-person or phone conversations more. Funny memes or photos work because they’re non intrusive and yet let him know you’re thinking of him.

He will laugh out loud to himself, but don’t be disappointed if he doesn’t respond. There isn’t a question involved unless you do ask him what he thinks. Otherwise he’ll laugh and put his phone back in his pocket.

Relax. Just because he doesn’t respond to it doesn’t mean he doesn’t like it or that he doesn’t want to talk to you. He really does think that if you don’t ask him something, he doesn’t need to reply.

There are many other Zodiac signs that are like this as well. “What? You didn’t ask me a question; I didn’t know I need to respond. Sorry.” Just keep that in mind. Have faith that you’ve sparked his interest even in the absence of a response.

Again, keep in mind that you’re basically texting him like you would any other close friend. You’re saving most of the romance for when you’re face to face.

Texting him randomly just to say hi and that he’s in your thoughts is lovely, and it’s considerate. Do not use this too often, however, especially in the beginning. It could make him think you have more feelings for him than he does for you, and that will scare him.

This would be something you do maybe once a week. “Hi there, thinking of you. Hope you’re doing well.”

He knows you care and that you’re wishing him well. That is worth a lot to him. He’ll see it as friendly support, and that’s something he needs in a partner.

If you know he’s about to have a big meeting or do something he’s stressed about, message him “good luck today.” He will really appreciate it.

Leo men love it when a woman is smart, sexy, and very driven with her career or personal goals. If you just pulled off something that was brilliant, share it with him.

Tell him the good news. He’ll be really thrilled for you. He may even ask you out for a celebratory dinner if you’re lucky.

If you just took a course and learned something new, share it with him.

Brilliant conversation is always something a Leo loves. Tell him in once sentence what you learned. He will be intrigued and likely to ask you more about it.

You definitely do not want to come on strong, but you will want to flirt with your Leo guy. You have to let him know in some way that you find him attractive and want to get to know him better, while (remember) keeping it light and friendly.

He has to know you’re into him so he sees you’re worth chasing. Try teasing him a little bit. Say something like “I took a photo for you of my new tank top.” Leave it at that. Don’t send it.

Wait a while, and he most likely will message you back asking you to show him. Then tell him “oops, I can’t find it, would you like to face time instead?”

He may not want to, but hey, it’s worth a try, and if he does want to, score! You can also play it off and tell him, “I guess you’ll have to wait to see next time we hang out.”

It gives his imagination something to work with and get excited about. Flirting is always a good thing, but remember: moderation.

If you flirt too much he’s going to think you’re trying to push him into a serious relationship that he may not be ready for.

Read next: 7 Tips for Moving On After a Breakup With a Leo Man

This is a big one! Leo men love lots of attention. They also love it when a woman will tell him how good he looks, how much she admires him, and how wonderful she thinks he is.

Before you get serious, text him very simple complimentary texts that will make him smile—and most likely will make him chase you. Tell him it makes YOU smile every time he texts you.

Say you cannot wait to get back to your phone whenever you’re busy to see if he’s texted you.

Believe it or not, telling him these things will get Leo man to chase after you. So give it a shot. You might be surprised how well this tidbit helps you. You’ll be pleasantly inundated with Leo attention!

Now you’ve got some tricks to try out with your Leo guy. If he hasn’t been paying enough attention or has gone cold, you’ll reel him back in!

By the way, did you know that hottie actor Chris Hemsworth is a Leo man? It does seem to make sense, doesn’t it? He looks like a true alpha Lion. Oh, to be his queen!

Have you met an irresistible Leo man? How does your texting relationship look? Tell me all about it! Share your story (or questions) with our community in the comment section below (don’t worry, it’s anonymous).

Your friend and relationship astrologer, s