Blog » Understanding » 3 Reasons Why A Leo Man Refuses To Commit

May 4th, 2021
There are only three major reasons why a Leo man refuses to commit. He’s a sign that easily can dive into love – so if he’s not doing that, then there is an issue. Keep reading to learn what his “deal breakers” are when it comes to love. 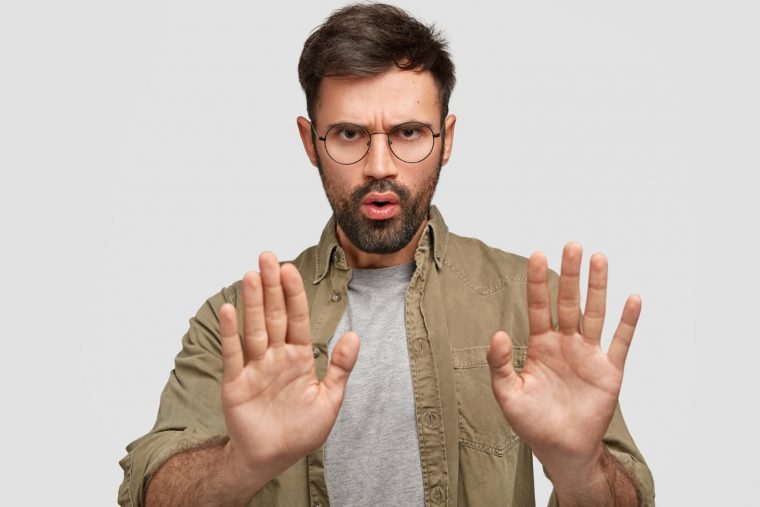 Convince A Leo Man That You’re The One…

The Leo man is normally a happy-go-lucky type of guy. What is it that would make a guy like this drag his feet or refuse to deepen a bond? There aren’t many reasons he’d be like this, so I want to share them with you.

There are only three major reasons why a Leo man refuses to commit. He’s a sign that easily can dive into love – so if he’s not doing that, then there is an issue. Keep reading to learn what his “deal breakers” are when it comes to love.

Why A Leo Man Refuses To Commit 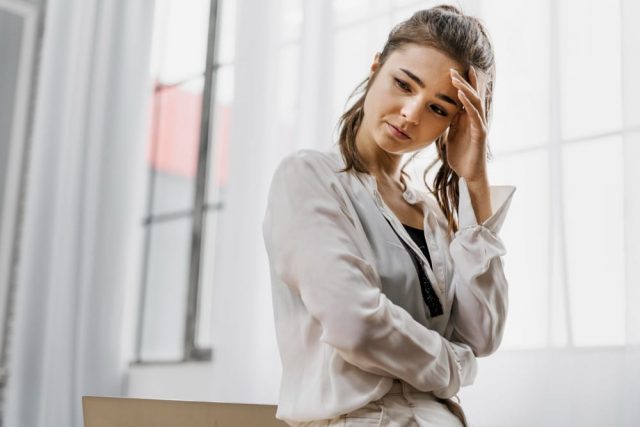 Leo men are very confident in themselves, and because of that they tend to put themselves first. Some may call it egotistical or narcissistic but they don’t see it that way. They just feel that they’re important.

Sometimes that can mean being more important than others. He does what he wants, when he wants, and with whom he wants. This is something that can (and often does) get in the way of love.

Honestly, a Leo man is lots of fun and likes to be involved in the spotlight wherever he goes. He’s the life of the party, the guy everyone likes, and the one who people want to see again.

He’s funny, witty, and knows the right thing to say in almost every situation. He’s talented in what he does and he knows it. He will not settle for anyone who doesn’t meet his criteria.

Sometimes that means being single most of his life. He’s happier being single and you have to be something special to change his mind. Are you the special one? Yes! Don’t waste any time, snag this King of the jungle up before you lose him.

1. His Life Is Too Important 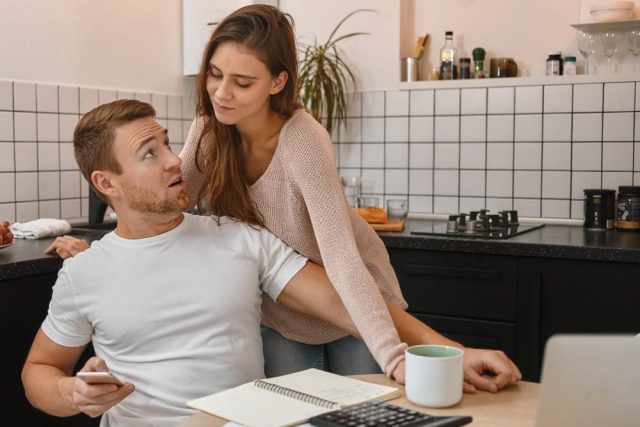 I touched a bit on how the Leo man feels about himself. He will often put his life and path above everything and anyone else. That being said, being committed would cramp his lifestyle.

If he were to commit, he’d have to give up his ability to do as he pleases because he’d now have to answer to someone. I have clients that write in who say things like, “I’m not as important to him.”

They are frustrated and aren’t sure if they should wait him out or move on. He confuses them because he’s really nice, flirty, and makes it seem like he wants to be together.

Then he turns around and ignores texts or doesn’t return phone calls. Only when she least suspects it, he calls her up. It’s a weird back and forth – giving the wrong signals to good women who are captivated by the Leo charm.

The Leo man finds that putting himself first isn’t a bad thing until he starts pushing people and opportunities away thinking that he is more important. That’s when it gets him in trouble.

Truly, the Leo man loves how he lives and if he’s not committing to you, it’s because he doesn’t want to change the flow of his universe. That’s the non-committal Leo man.

I do need to tell you that not all of them are this way. It’s the ones who have embraced their selfish side that will find it hard to commit.

2. It’s Not The Perfect Match

Another reason why a Leo man may not want to commit to you is that he doesn’t think you’re the one or doesn’t feel the “spark” he expects to feel when he falls in love.

Basically, he hasn’t fallen in love with you and so he doesn’t want to waste his precious time by committing. The thing is, he’s really hasn’t given it a chance yet – he’s still hanging onto you and keeping the door open.

Keeping you hanging on by a thread isn’t a good thing for either of you. He may not even mean to, but he could be thinking you can be “Plan B” in case he cannot find someone better.

He likes you enough to keep you around, but not enough to commit. When he doesn’t give you his best, you need to evaluate whether he has you in this mode or if there is even a chance.

Most likely this isn’t a good sign. You can try to lure him back in deeper but if he isn’t in love with you and he has even a tiny thought you aren’t the one, he will keep up this ridiculous front.

Giving his all is only for a woman that he really feels is the one. In some cases, this could just require some time and you showing him that you ARE the one for him. It’s a 50/50 toss up whether this will work.

You have to figure out if he’s worth the effort or not. That’s your decision to make. Is he giving you enough to keep you trying or is he just keeping you around just because? 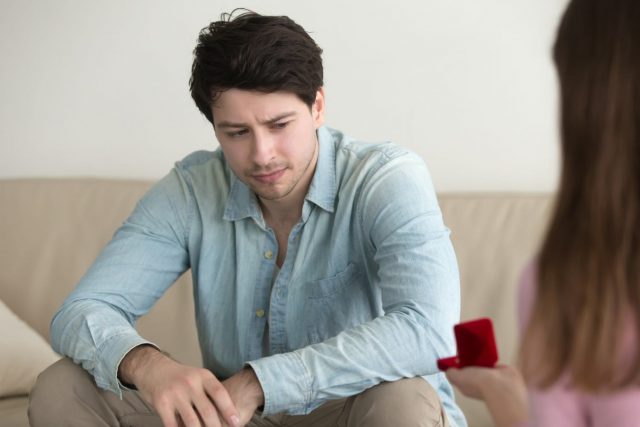 Just like anyone, if Leo isn’t ready or has other things going on, he may not commit as quickly as you’d like. It doesn’t mean he won’t ever though. It just means that the timing is crucial.

If you really care for him and see there is something between you, then it may work best for you to just have more patience. He could be really focused on his job or something else in his life.

You cannot compete with that. He will choose to spend more time with you and further the relationship when he feels the time is right and not a moment sooner.

If he rushes in, he will regret it and end up going cold on you. Pressuring him is not usually fruitful. He doesn’t want to be told what to do or be pushed into doing something he isn’t ready for.

There is also the possibility that he’s been really hurt before you, which leads him to try to be more careful. It will take time to mend his feelings and be open to love again.

This is a rare sign, but it does happen. If this is the case then you’ll notice he has a hard time talking about it or anything about his past. He could close off until he’s ready to let you in.

Whatever his reason, timing is VERY important. Leo men have a tendency to dive in when they really like someone or think they’re in love. However that only applies if he’s open to it.

Getting A Leo Man To Commit

What have you learned about the Leo man’s refusal of commitment? I hope this has helped clear things up. Truthfully, most Leo men love to dive into a relationship with someone they really like.

If you’re going to get him to commit to you, then you’ve got to show him what qualities you possess that he will absolutely love. Be the woman he’s looking for. What are the qualities? I have a few that should help you below:

These are all basics of what he’s looking for. Leo men love attention! When they aren’t getting it, they get bored or put off thus making him not want to commit.

He wants a woman smart enough to support him and all of his dreams, goals, and plans. You’ve got to prove that you’re his rock and his soul mate. If you can do this, then you may be able to get him to commit!

All that aside, if you can manage to get a Leo man interested in you, you can definitely win him over. It just takes a bit of effort and most of all; patience. I have total faith that you can tame this Lion!

Did you encounter a problem with a Leo man denying you of commitment? What was his reason? I’d love to hear about your experience!

And check out my blog, Leo Man Secrets, for more insight on this fiery lion! You can check it out here.