Blog » Understanding » The Leo Man with Scorpio Rising – How Exotic is This Guy?

The Leo Man with Scorpio Rising – How Exotic is This Guy?

April 7th, 2019
The Leo man with Scorpio rising can be very confusing at times. One minute he’s hot and heavy with a woman then in the next he’s pulled back and withdrawn. 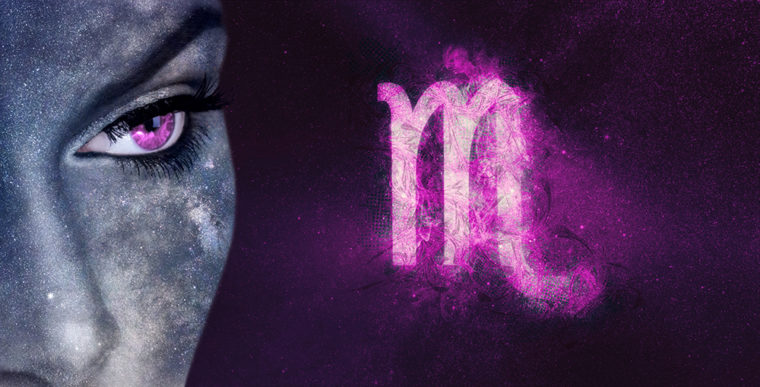 Do you notice that your Leo guy just seems to have some magical draw with other people? When you’re out on a date with him; do others gawk at him or try to talk to him? Perhaps you’re seeing a Leo man who seems to have people around him almost always. Why is this? Scorpio rising certainly adds a bit of flair to his chemistry. Keep reading for more information.

The Leo man on his own; is typically a charismatic type of guy that most people are drawn in by. However; when you add Scorpio rising into the mix; people are lusting after this guy.

You may notice that he’s exceedingly handsome and even when you look at him; you just want to peel his clothes off and have a good ole romp in the hay. Others are likely looking at him this way as well.

They cannot seem to help themselves because he just exudes sexuality and unbelievable charms that lure anyone. This goes for men and women alike. Even straight men cannot help but stare at this man.

Scorpio rising is one that enhances the Leo man’s ability to turn anyone on without even trying. Once he starts talking and expressing his intelligence; it’s that much more intense.

While this is a winning combination for luring women in so they can have their choice of the crowd; there are things that make life a little strange or perhaps even difficult for them at times.

It’s Not All Glitz and Glam

As attractive as these men are; they tend to take themselves a bit too seriously and can come off as very narcissistic. This is not an attractive quality. They may draw someone to them but their real personality could eventually turn someone off.

They think they know best in most situations and feel as though they’re “chosen” and therefore can treat people as though they are the dust beneath their bed. They need to be very careful how they treat people.

There are some areas where the Leo man with Scorpio rising clashes with himself. Leo man is very outgoing and social where the Scorpio man is more of the type that doesn’t want anyone knowing his business.

Scorpio rising may make the outspoken Leo man to be a bit reserved at times and could hinder his ability to socialize with important people. Scorpio rising seeks out success but being a recluse may not help him further his goals.

This can make for a confusing time for the Leo man and he’ll need to trust his urges to take risks and get out there even when he feels pulled not to. The other thing is that Scorpio rising can make a Leo man even more dominate than he already is.

The Leo/Scorpio rising could very well end up being a control freak if he isn’t watching his own balance in life. He needs to realize that he cannot control everything and that it’s a good thing.

When it comes to love and romance; the Leo/Scorpio rising guy can be very confusing at times. One minute he’s hot and heavy with a woman then in the next he’s pulled back and withdrawn.

Leo men are very sexual people as are the Scorpio. However; Scorpio rising will be a bit pickier about who he chooses to share his body with. Leo loves to have sex with any woman that gives him loads of compliments.

When he’s dating someone; he can seem very elusive one moment and then in the next very warm and compassionate. Who the heck is this guy Jekyll and Hyde? Truly; he is hard to understand.

Unfortunately something else that may be an issue is that Leo is normally very optimistic and go-hung to get out there and accomplish his dreams. Scorpio rising brings out a bit of pessimism and negative thinking.

The Leo guy that is normally happy go lucky will find himself brooding and moody sometimes thus causing arguments and problems in the relationships that he’s in. It can also make him seem unreliable which is not like the typical Leo.

So what are the good traits that Leo/Scorpio rising men possess other than luring just about anyone to them? Well; both are driven for success and tend to want to befriend or rub elbows with people of importance.

The Leo/Scorpio rising man realizes that he can get further in life if he hob knobs with people in power. This is when he WILL be a bit more social. If he lets Scorpio rising press the pessimism button though; he could skew an important decision.

When he’s interested in someone romantically; this IS the guy that will absolutely chase you down to the ends of the Earth to make you his. You won’t ever wonder if he’s into you as he’ll make it loud and clear.

He may be a bit picky but once he chooses someone; he’s almost consumed with the desire to be with that person. He knows he better take some action or he may lose what could be the love of I his life.

They will always strive to seek the truth in every situation and with every person they encounter. They can tend to see through those who are not being honest and this can be a helpful skill in life.

Where you’ll need to be careful is when the Leo/Scorpio man wants to dominate and accuses you of things that maybe you didn’t actually do because he wants “the truth” not realizing that someone else is to blame.

If you ever do cross him or hurt him; you had better watch out. This guy is the type that may seek some type of retribution or revenge. It’s not wise to tangle with this combination.

The Scorpio rising wants to hurt you like you hurt him. Leo is already temperamental. The combination could be quite nasty. Just watch where you step and show him lots of love. That’s all he really wants from a lover anyway.

If you’re ready to better understand Leo man with Scorpio rising, if you want to catch him and keep him click here to learn more about Leo Man Secrets.

12 thoughts on “The Leo Man with Scorpio Rising – How Exotic is This Guy?”