August 28th, 2022
We’ve entered harvest season, and it’s that time of the year when Leos are turning over a new leaf. Jump right into the Leo man’s predictions for September! 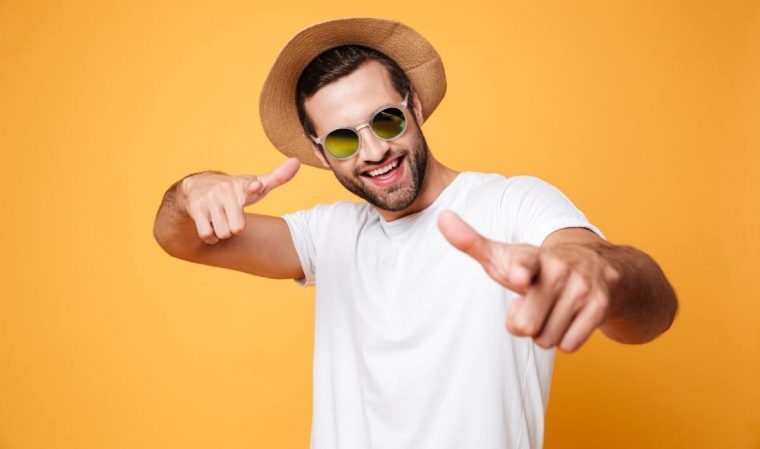 Hello lovely readers, how are you? We’ve entered harvest season, and it’s that time of the year when Leos are turning over a new leaf. Let’s jump right into the Leo man’s predictions and see what comes his way during this colorful and cozy month!

The first week of the month is reserved for the Leo man’s self-image and finances. But, there’s also room for flirting, sensuality, and fun times that have sprung unexpectedly from boring routines and mundane tasks.

During the second week of September, the Leo man’s focus will be on his lover or partner, emotional issues and themes, and money on a bigger scale. After the Full Moon in Pisces, his mood will slightly elevate and he’ll need to spend time in a merry company filled with laughter. That’s a good chance to enjoy fun times together.

The third week casts a light on his career and social interactions. He will be a busy man with a flair for drama this week, and you can expect to find out some unpleasantries. It’s up to you how you’ll react to them and what you will do about it.

The fourth week is a necessary one for the Leo man; it brings a nice, romantic closure to September despite Mercury Retrograde. On the 25th, there’s a nice New Moon in Libra, so make sure to plan something special and very nice for this date as it can mark a new and more romantic beginning for your relationship.

Back At It Again

During the first week of September, the Leo man’s focus will be on monetary matters. Since Venus left his first house of self, he’ll be more self-conscious and his need to feel sexy and fit (again) will become stronger.

This is why he’ll start working out or go on a diet. He’ll also focus on dealing with finances and vacation receipts, and that right there is a good chance for you to step in and “help him out” with his work.

Thanks to the Moon’s transit through his fifth house and Neptune’s Retrograde in his eighth house, he’ll be in a very romantic and sensual mood. So, it is a good time for being indoors together, doing something mundane and then letting it turn into something very… special. Wink, wink!

His communication skills will be fair and pleasant during this first week, thanks to Mercury in his third house in Libra, and thus, he’ll be prone to flirting and being overly friendly towards females he encounters. If you want some more of that to go your direction, then make sure to be extra flirty and engaged.

The Leo man loves praise and a positive attitude more than the air he breathes, so make sure to provide it for him during this first week, it can do wonders for your relationship’s progress!

During the second week of the month, the Leo man’s focus shifts to his partner and his partner’s money. At first, there will be possible quarrels and disagreements on the general state of the relationship and how you guys spend (or not spend) time together. You can thank the Moon conjuncting pesky Retrograde Saturn for that.

And then on the 10th, there’s a Full Moon in Pisces. It conjuncts Retrograde Neptune, in his eighth house, and this is a good opportunity to discuss both monetary and intimacy matters. He might act stubbornly, or assume a certain attitude during this time, but as it usually goes with Leos – he just needs to lower down his walls and let the emotions flow freely.

This is a good time to be a catalyst for emotions and emotional change. Doing something profound and deeply spiritual can be very soothing for this transit. Going together on a Tantra retreat, exchanging diaries, or simply talking next to a body of water seems like a perfect activity for this Full Moon.

As the Full Moon passes, so will the emotional and energetic charge. This opens up a good opportunity for philosophical topics, lighter conversations, and spending time with friends who are generally in a good mood. Going to a stand-up comedy event is also a perfect date idea for post-Full Moon time.

During the third week of September, the Leo man’s focus will be on his public image, career, and friends. It’s possible that he will experience some positive changes at work and some upgrades in his career or professional status.

This will ensure some celebratory events and times, which is a great thing, as the Moon soon shifts to his eleventh house of friends, noble causes, and colleagues. This is a perfect time to see him shine in a social setting where he likes to show off his colors.

This third week is a good buffer zone for the Leo man to take his rest between the lunations (the Full and New Moon), and to gather his wits and feelings so that he can slide into the next phase of cosmic events peacefully.

However, little is ever peaceful with this drama queen, which is why you can expect some sudden turn of events at his social gatherings, and you might even find out some unpleasant truths and facts about him and his friends or coworkers.

Things Are Heating Up

The fourth and final week brings forth focus back on himself, then his body and finances, and finally on his communication skills and commute. This is a good period to indulge him, to make your Leo man feel wanted and special.

Give praise to his physic (if he earned it, of course) and discipline, every task where he doesn’t indulge himself is very hard on his mental state, so praise can help elevate those “problems” and boost confidence.

When the Leo man’s confidence is boosted, his good mood and the general atmosphere are elevated, and that can lead to more pleasurable moments and good times.

On the 25th, there’s a New Moon in Libra. This is a perfect time for romantic dates and flirty conversations; keep the mood light and lights pink in the spirit of romance. The Leo man will go big (as he usually does), and if he goes home – he’ll take you with him, be sure of that. So go with the flow during this time, and expect pleasant surprises.

Read next: 9 Ways To Become A Priority For Your Leo Man

Well, there you have it queens, the Leo man’s September at the palm of your hand. His mood will be in high spirits, in general, he might feel wacky around the Full Moon, sometime before and after it, but who doesn’t?

He’ll struggle internally during September about his body image and his discipline when it comes to food, but the Libra New Moon can provide a very effective and special boost for his confidence and newly found resolutions.

This month is a perfect chance to get a deeper glimpse into each other’s inner worlds, and souls. To get to know each other not just when it’s all good, but when things get rough too. So be mindful and calm during September, don’t let its Retrogrades get to you too much.

Are you looking to deepen the relationship potential with your Leo guy but you’re not quite sure how to go about it? Then why not take a look at my VIP consultations. Let me help you get the love life you deserve using my knowledge in Astrology.

Wishing you so much love and happiness!