January 28th, 2022
Planets are on the Leo man’s side right now, and there are a lot of rewards for reaping. So, let’s dive right into the Leo man’s predictions for February! 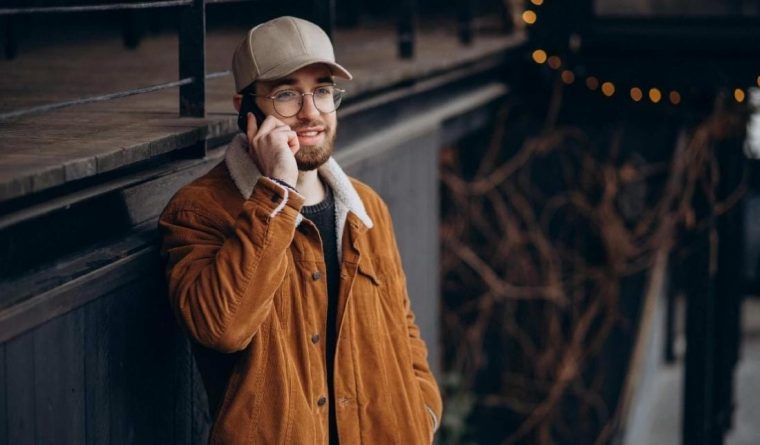 Hello my darlings, how are things? We’ve come to the romance month pretty quickly there, haven’t we? Such is the passing of time, we as humans must deal with it. And I’m glad we deal with it together, through Astrology, so we know what to expect and fear the unknown less.

So, let’s dive right into the Leo man’s predictions for February!

The beginning of the month brings the Leo man’s seventh house in focus with the New Moon conjunct Saturn. His eighth house will also be active, and this means that he will be quite romantically inclined and sexually active. But not without responsibility and emotional intimacy.

Around the 8th of February, the sky map is such that the Leo man seeks confirmation through actions, rather than words, and he is quite focused on his career and success in all fields, but especially home and housing. This is why it’s good to do some long-term planning right now and visit some nice locations that can offer growth and prosperity for the days to come.

A Full Moon in Leo, conjunct Regulus and opposite the Sun, brings a sorely needed culmination to a topic, and the personal growth he’s been working on in the last couple of months. Dating activities should include as much nature as possible and relaxing elements.

The end of the month sets the stage perfectly for March, and it ends the shortest month of the year with a bang. Planets are on the Leo man’s side right now, and there are a lot of (karmic) rewards for reaping. Lucky him.

1. Time For Bravery And Responsibility

The beginning of the month lights up the Leo man’s seventh house of long-term love and marriage like a Christmas tree. There’s a strong New Moon conjunction with Saturn there (in Aquarius), and this means that it’s time to heal karma and past relationships.

The Leo man will be focused on his romantic life and love matters with the beginning of February, and he will have a clear head on his shoulders and a sharp mind, as well. This is good, especially for new beginnings in love matters.

What starts now in terms of love, in his life, will last for a long time to come. So, rejoice, my darlings!

Besides his seventh house, his sixth and eighth houses are active, too. Due to the Mercury retrograde conjuncting Pluto, and Venus’s janky walk conjunct Mars (in Capricorn), it’s more than plausible that the Leo man will be asked to revise and review matters at work. His daily routine will have a more responsible and gloomier vibe than what he’s used to.

Now is the perfect time for a support system from his partner or love interest, as she understands what he’s going through and can help him a lot with her wisdom and gentle touch.

The ruler of his fifth house, Jupiter, is in Pisces where it feels great and it falls into his eighth house of sexual exploration, intimacy, and taboos. This is a great time to try out new things in the bedroom and to be brave in opening up emotionally.

Around the 8th of February, the Leo man’s sixth and tenth houses take the majority of the stage. This means that, since Mercury has turned direct, he will be able to progress at his workplace once again.

And what’s more, due to the closer conjunction between Venus and Mars, he will be more romantically inclined in his daily life. You can expect to see his affection and commitment through some serious moves.

Thanks to the Moon and the North Node coupling up with Uranus in his tenth house of career, with the loving support from his loved ones (especially his partner), the Leo man will be able to reach new heights in his career and become even more successful.

It’s a great time for him to plant the seeds of his ambition right now, for they are most likely to turn into a fulfilling success.

His eighth house is blessed right now, and inheritance is not impossible, what’s more, it’s quite likely that he will receive some kind of property or money during this period.

It’s a good moment for dates that include planning for the future, home-viewing, traveling around the country in a search for a perfect place to build a house, planting trees, or starting a garden together.

On the 16th of February, we have a Full Moon conjunct the Regulus fixed star in his own sign. This means that the personal growth he has been doing in the last couple of months will culminate.

A topic that troubled him in the past will finally be closed and done with. The communication is good, Mercury has moved to Aquarius, his seventh house, and there’s bound to be a lot of logical and calm progress in his love life.

He is slowly building momentum in his daily routine, and things are preparing for culmination at work. This will affect his romantic performance, without a doubt. But he is still hung up on proving rather than saying, so there’s that.

Good ideas for dates at this period are calming activities, like hiking, camping, and spending time in the relaxing nature together. Visiting a restaurant with good food that is surrounded by a lot of trees, or on a lake is a good idea as well.

His dreams are under the influence of the Moon conjunct Regulus and Jupiter in Pisces, this means that he will toss and turn at night, and it would be a good idea for him to write down his dreams and go over them with his partner or his therapist. This is my two cents, as his dreams can lead him in the right direction in his waking life during this time.

At the very end of the month, there’s nice planetary progress in the Leo man’s seventh house – the Moon conjuncts both Mercury and Saturn, the Sun is conjunct Jupiter, and Jupiter is conjunct Neptune in Pisces, in his eighth house, and there’s tight conjunction between the Venus, Mars, and Pluto in Capricorn in his sixth house.

The situation at work is culminating, and this will propel him to chase his own ambitions and career ideals. Actually, it’s a very fertile time for his career progress, thanks to the Fortune conjunct Uranus in Taurus, as well as the North Node striking a prominent degree.

The Sun has moved into Pisces and the planet of expansion is making it feel extra good, this means that if there were any inheritance to be inherited – it’s the Leo man’s now. And that’s great! Plus, his sex life is peaking right now, there’s a lot of fortune and happiness originating from his eighth house at this point in time.

This is a great ending for February (the shortest month of the year), but also an excellent beginning of March.

Read next: How To Have A Healthy Relationship With A Leo Man

There you have it my darlings, what a month, right? I’m so glad for Leo man finally getting what he deserves and having some luck after so much struggle…

As always, some of these transits are going to feel a little different than what I have explained here. While generally accurate, these predictions don’t reflect the entire depth of information found within your partner or love interest’s birth chart.

I noticed this and saw a perfect opportunity to bond more with my readers. As a result, I created the VIP Consultation service for my readers who desire one on one consultations with me. It’s a way for me to get to know you and for you to gain personalized insight into your relationship.

Enjoy your month of romance with your Leo man, you both deserve it!