July 24th, 2022
Summer is in full swing and we are onto one scorcher of a month – let’s find out what the Leo man will do with this bold and bright energy. 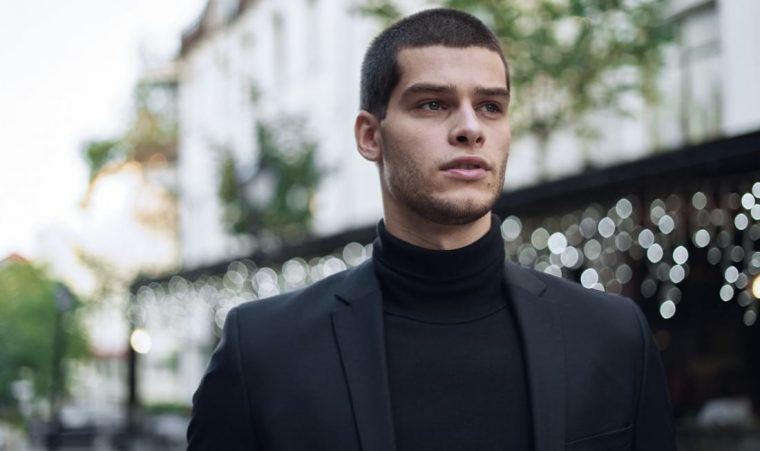 Hello, dear readers! Summer is in full swing and we are onto one scorcher of a month – that goes for temperatures and the heat that Leo season is thrusting upon us! No sign of the Zodiac is safe from this big, fiery Leo vibe… so let’s find out what the Leo man will do with this bold and bright energy!

The first week of August is not going to be hot just temperature-wise, but also hot, hot, hot when it comes to the Leo man! He is the birthday boy and the crown belongs to him. His love life will be flourishing and quite exciting during this first half of the month, but also his public life and scandals, it would seem that one doesn’t go without the other for your birthday boy. He’s got all eyes on him! (Are we surprised about that though?)

During the second week, the Aquarius Full Moon conjunct Saturn in the Leo man’s seventh house will rock him to the core, as he is asked to restore the Karmic balance to his relationships and remedy the hasty actions he took in the past toward his partner(s). He should slow down and contemplate what kind of lessons the Universe is trying to teach him right now, instead of sticking his head in the sand until the storm is over.

During the third week of August, he should be prepared to have his life turned upside down, but instead of panicking, he should recognize the blessings in disguise and follow their trail to the real prize at the end of the tunnel. It’s a good time for organic and nature-based dates and activities.

During the fourth and final week, there’s a constructive New Moon in Virgo that takes place in his second house and makes the Leo man ready to rumble. It’s a perfect time to put a master plan in motion that will increase his finances and unite him with his lover or partner on a more grounded and stable level.

During the first week of August, the Leo man will still be in a celebratory mood. His ruler is in his very own sign, in his first house, so he is going to have a blast. His finances are also going to be quite good as Mercury found its way into its own sign and his second house of income.

Your Leo guy’s dreams and premonitions are going to be quite vivid and romantic, thanks to Venus in Cancer, and he is going to be more prone to talk about his feelings and romantic urges. And towards the end of the first week, he’s going to act on those urges thanks to the Moon in his fifth house of fun and pleasure.

His career and public life area are going to be on a roll right now thanks to the big conundrum taking place there (Mars, Uranus, and the North Node all conjunct), so if big changes happen at work or he switches jobs or even an entire career – it was meant to happen.

He’s also susceptible to public scandals and rumors that can hurt his image. It’s also very possible that ghosts from the past will come back to haunt him, especially in the ex-wife area. He should proceed with caution and play it safe during this time as far as his professional and public life are concerned.

The Full Moon Blasts It All To Hell!

Come the second week of August, your Leo guy will receive a glow-up thanks to Venus entering his first house. He’s now ready to really rock it all, and roll. He’s feeling good, he’s feeling famous, handsome, and dandy, but wait, then comes the Full Moon in Aquarius on the 12th, conjunct Saturn, and your boy is suddenly not so lit as he was just a moment ago.

During this Full Moon, the Leo man will be asked to contemplate his past love choices, heal from the past relationships, and make amends for the ones he ghosted and just left hanging.

Saturn is a harsh force, and he doesn’t forgive without proper repentance and just action, so it’s on the Leo man to do what is right and not easy and to restore balance to his love Karma.

The beginning of the struggle of his money versus his partner’s money is on the horizon. If he wants to avoid unnecessary drama (if there is such a thing for the Leo man), he would be wise to think ahead and plan how to save enough money so that he doesn’t have to spend what he didn’t earn in the coming days.

I’m Right Where I’m Supposed To Be

During the third week of the month, the Leo man’s lessons continue. His subjective feeling is that he’s Hercules undergoing the twelve labors… He should be kind and supportive of his partner right now, what’s more, he should open up his wallet and take care of his own (financial) burdens, not solely rely on his partner’s money.

Now is a good time to go on organic dates where there’s not much spending and grandeur, and there’s more healing, honest communication, and making constructive plans for the upcoming days.

It’s a good time to start beekeeping, and plant harvesting; to take a more scenic route if you’re on the road, you never know what kind of magic you will stumble upon and experience a positive change.

Now is a perfect time for him to cut all ties with his previous workplace and career, and start something fresh, new, and very organic. It’s the time of the new dawn for the Leo man, and he should be wise and catch the cosmic opportunity he’s been given right now.

The fourth and final week of August brings the necessary clarity and calm after the storm to the Leo man’s life. He is feeling lighter and now is the time to rest. Going on a vacation might be a perfect idea right now, or even just spending a couple of days in bed, not doing much except cuddling and kissing.

Now is a perfect time for him to start something new tied to his finances, to put a cooked-up plan into motion, and to start working on ideas that have been simmering in the back of his mind.

It’s also a perfect time to include his lover or partner in those financial ideas as the New Moon in Virgo, under Mercury’s command is all about shared finances, united forces, and brainstorming together in a romantic and efficient way.

During this time, you should combine your strengths and make something new and green that will bring you many happy moments in the future. The future is now, and the two of you should grab it by the metaphorical horns.

Read next: What A Leo Man Wants In A Relationship – Make A Leo Man Commit To You

Well, there you have it, my dears, the Leo man’s hottest month in a nutshell. He’s going to have a lot of emotional ups and downs during this month, but it’s all for his highest good, and it would be great if you helped calm him down and realize that.

Aside from his mood swings, he’ll also be asked to acknowledge and rectify his behavior towards money and finances in general, especially his partner’s. This month is a great opportunity for him to let go of something outdated and old, and to prepare for something new and big.

The end of the month brings tangible rewards for his Herculean labors, and he should listen to his partner’s wisdom, as well as take an accountable approach to his new ventures and career prospects.

Some of these moods, benefits, and changes are going to feel different for individuals than I have explained here. While generally accurate, these predictions don’t reflect the entire depth of information found within your partner’s Birth Chart and your own.

I noticed this and saw a perfect opportunity to bond more with my readers. As a result, I created the VIP Consultation service for my readers who desire one on one consultations with me. It’s a way for me to get to know you and for you to gain personalized insight into your relationship.

Wishing you light, love, and all the luck in the Universe on your journey!