March 28th, 2022
The beginning of the month puts the Leo man in a great mood. He’ll radiate such a powerful and strong aura. Let's dive into April predictions for Leo man. 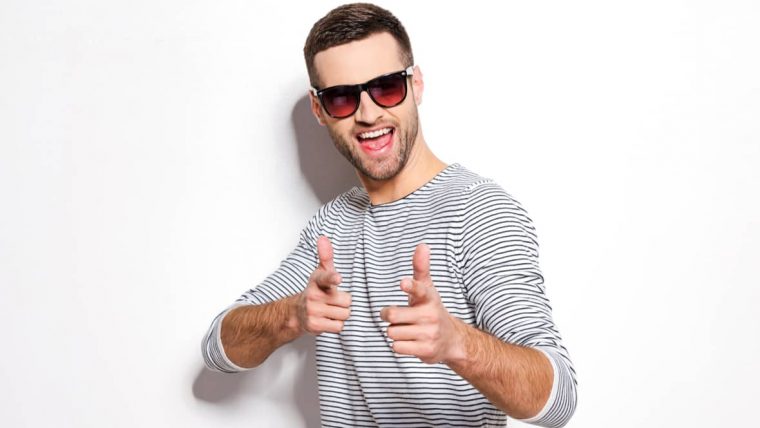 Hello, my sweet readers! How was March? Are you ready to dive in April? I hope you are, because our favorite time of the month is here – prediction time! Let’s go!

The beginning of the month puts the Leo man in a great mood, and he is open to exploration, trying new things, and stumbling into adventures. He’ll radiate such a powerful and strong aura, that all around him will have a blast with him.

The end of the first monthly quarter puts him in a pensive mood and there’s trouble brewing in his romantic life. His sexual desire is engulfing and his fetishes are on the rise, so he’s prone to making dumb or angry decisions right now, ones that he’ll probably regret later…

The Full Moon leads to some very unexpected events, the opening of the Heart and Sacral Chakras, and reforms concerning his public life and career. The point here is to go with the flow and stay open for changes, for they are coming, and they can’t be stopped.

The Black Moon puts him in a rowdy mood. The Leo man has a lot of excitement waiting for him at the end of the month, and he should watch his blood pressure. But at the same time, groundbreaking changes are taking place in both his professional and sexual life. Fun, fun, fun…

Right at the start of the month, on April 1st, there’s a juicy New Moon conjunction taking place in Aries, in the Leo man’s ninth house of purpose. The Sun, Mercury, the Moon, and Chiron are all playing nice and together in Aries.

This means that the Leo man will feel the need to travel, explore, speak a different language, meet new people, and see new faces. As well as to explore a new romance, or get into a romance with someone who’s from far away.

This is going to be a great time for him to get in touch with his inner lion, to release the beast, so to speak, and to express himself both creatively and spiritually! What a time to be alive for the Leo man…

The Sun, his ruler, is exalted in Aries, and now fortified with both the Moon and Mercury – the Leo man will be on a roll! He’ll even have a chance to help others and those in need as Chiron happens to be in the mix, too. It’s a great time to travel, to experience new things together, to talk about spirituality, religion, and moral values, and to get to know each other’s higher selves.

The end of the first quarter will put the Leo man in a self-exploratory mood. He’ll be pensive and he’ll mull over some things from the past. His seventh house of partnership and love is very active right now, but not in a good way.

Mars, Saturn, and Juno are conjunct right now in Aquarius, meaning that some troublesome topics from the past will arise, and there’s a karmic feel to all conflicts he might experience right now.

There’s a breach of relationships structure, he might not feel respected from his partner’s side, during this time, and he might resort to some underhanded either comments or tactics in order to preserve his Ego and pride.

But, on the other hand, Venus has found its way to Pisces while Jupiter and Neptune are on the exact same degree, which means that they are expanding and casting illusions together. This is a great time for his sex life and fetishes to come out and play, but what will happen afterwards… only time will tell!

It’s not a good moment to make heated decisions and to leave arguments without resolution. You have been forewarned!

The Full Moon Rocks My World

The Full Moon on the 16th of April casts a light on the Leo man’s third house of commute and communication. It’s conjunct Vertex, so something pleasant and nice will reach his ears. But it’s also opposing the Sun in Aries. The Sun feels very good in Aries, so it can turn out to be that the good news is not actually for him, but his enemies.

He’s going to be very sexually thirsty and active. There are going to be all kinds of wild emotions hidden within his desires, and the more he opens up about them, the freer he’ll get. It’s a perfect time to get to know his love interest or partner through sensual play and intimate conversations.

Mercury is conjunct Uranus, and this means that something unexpected is going to occur in his public life. His career might get a sudden makeover. Whatever happens – it was fated to happen (thanks to North Node in Taurus), so the only thing he can do is make the best out of whatever happens.

This is a point of no return, there’s no way to revert things back to how they were, so he might as well make the best out of the current circumstances.

Black Moon Vs Moderation – Who Will Win?

The end of the month aligns with the Black Moon – the second New Moon this month! It takes place in Taurus, and is conjunct Uranus. The North Node is drawing closer to Uranus, the tensions can be felt and are very nicely illuminated by this Sun-Moon conjunction.

This happens in his eleventh house of public life and career, so it means that drastic changes that began on the Full Moon are now reaching their peak with this New Moon! The Leo man will have a chance to make it or break it during this time.

Pluto is undisturbed at this time, but since it’s in his sixth house and Saturn is in his seventh – he should watch his arteries and heart, especially considering the tenth house commotion in the making, so that’s a word of caution. Too much excitement can be unwell for him at this time. Moderation is the key in this period.

Read next: 8 Secrets To Get A Leo Man’s Attention

The Leo man will feel empowered and ready for everything during the first New Moon. He’s going to be in a good mood and cheerful, so it really is a good chance to spend time together, travel, explore, and just have fun.

During the middle of the month, he’s going to be in a more pensive mood, but his libido remains at an all-time high. He’s going to be more romantically inclined during this period than in the previous months, so make use of that, however you see fit.

The second New Moon will bring a lot of changes to his doorstep and he’ll have a lot on his plate. But that’s the Leo man we’re talking about here – he was born for drama and theatrics, so he’ll make the most of it, I’m sure. His libido is also very excitable and high during this time, so some kind of moderation is required.

I know that it can feel impersonal just to read my general advice on my horoscopes. If you ever feel this way then take advantage of my VIP Consultations. I created them so that I could get more in touch with my followers, one to one. Move fast to book a spot though!

Wishing you a wonderful April full of love and light. I’m looking forward to seeing you here again next month!