September 29th, 2021
If you want to find out more about what the October horoscope brings to Leo man, then, by all means, do keep on reading and see what you can expect! 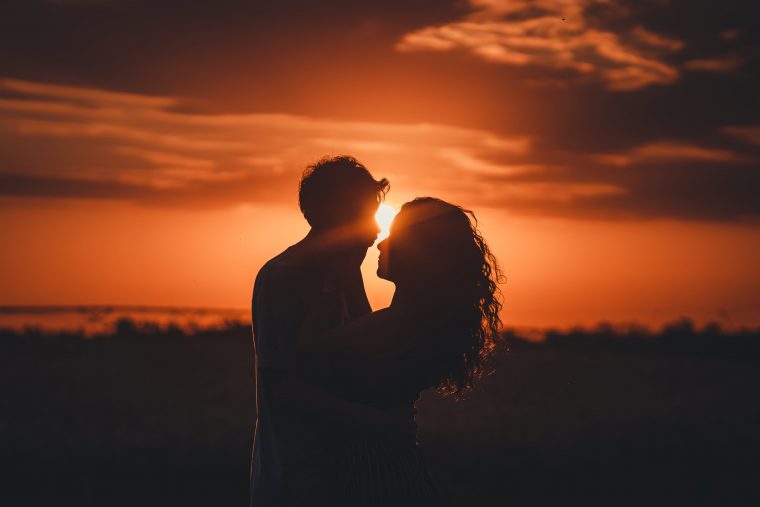 Spooktober is here, and many of us are happily welcoming it! Leo man will be too, and the first half of the month will be going pretty good for him. He’ll be full of energy and surrounded by good deeds.

The New Moon will see him being active in all fields, especially those of communication and love. There are going to be plenty of chances for interesting and interactive dates, and he’ll be in a texting mood, perhaps even “oversharing” his emotions via writing.

But, as the Full Moon approaches, his mood will plummet – as will some other areas of his life. He’ll try his best not to let his crown slip as he tries to piece back together what he can.

Alas, the end of the month will bring some really rough waters as both his career and his love life are going to fall on some tough times. He’ll try his best to hold it together, but he is human after all, so there’s not much blame you can put on just one man…

If you need to find out more about what happens to the Leo man during October, then read along to see for yourself!

The beginning of the month will have the Leo man focused on his own emotional needs as October will kick off with the Moon in Leo – his first house of self. The other, very important luminary (the Sun) will be in his third house of communication, neighbors, and early childhood. As will Mars, so the topics that include this house will be in focus for the Leo man as the month begins.

This means that it would be a great moment to exchange some romantic text messages or chats with a lot of warm emojis and hearts. By reminding him of your existence through these “little” acts of love and care, you will warm up his heart and be closer to him even if physical distance sets you apart.

At the beginning of the month, he will indeed be very focused on his love interest or partner, thus it’s a great time to do some “spooky” activities together, like going to the cinema to see the latest horror movie, or going to a Halloween fair, or simply taking a walk through the colorful trees. All of these count as great activities that you can enjoy together while you bask in each other’s company and warm hand-holding.

Although, there is going to be something that sets him off in his family life. Something or someone unpleasant will pop up and it will put him in a foul mood. But he will be as proud as ever, so he’ll try not to talk about it, or not let it show. If you sense something is off – know that it’s this.

This New Moon is activating the Leo man’s third and seventh houses, which is very important as he will receive some kind of insight or a piece of information that will affect his perception of his current state of love life and long-term partnership plans.

Mind you, this piece of information could prove to be a piece of maleficent gossip or something that reaches his ears through the grapevine, but it will “move” things along in his love field.

The topic for the Leo man for this lunation is clearing out the past, learning how to communicate with those closest to him, and opening up about his emotions to his woman. Use this New Moon to exchange emotionally charged letters and messages, to open up to each other and say what lies in your hearts.

Something unpleasant might happen in his career field, and this could put him in a generally sour mood. Coupled with the gossip that might reach his ears, who knows how this lunation could turn out on a mundane level.

There’s a saving grace though, in the form of Venus that has been stirring things up in his family life. She’s soon exiting Scorpio and his fourth house, so whatever or whoever was bothering him on his home level, will soon be a thing of the past, and he’ll have a clearer head on his shoulders. Especially where his heart and emotions are concerned.

The Full Moon will have a draining effect on the Leo man, as the lunation activates his third, ninth, sixth, and seventh houses. This is a whole lot to take in. First, he’ll have trouble sleeping, so it’s likely that he’ll feel irritable.

Next, although Mercury has changed its direction and is now direct, Mars still focuses a lot of tension on his third house. Then, he’ll want to fulfill his emotional needs, but his obligation will get in the way. It’s like the struggle never stops, no matter how hard he tries…

So, he’ll come to be very irritable and focused on his job and miscommunication that might’ve happened during the Mercury Retrograde and is now creating problems still. His focus will be spread a bit thin, like too little butter over too much bread. He’ll try to balance it all, albeit not very successfully.

Additionally, he might plan a romantic trip or a date that includes foreign cuisine… though beware that this plan might be foiled due to a sudden call from work. This will prove to be just a minor setback, as he really is focused on his love interest or partner during this Full Moon.

Jupiter just turned direct too, and is creating a very harmonic aspect with the Sun (his ruler), so he’ll feel the need to do something very grandiose for his sweetheart. As long as he remembers to take care of himself and his own needs at this time, all should turn out well in the end.

Read next: 4 Ways To Develop A Deeper Bond With Your Leo Man

The end of the month will see his ruler, the Sun, moved to Scorpio and lighting up his fourth house of family matters, as well as Mars and Fortuna. So, this is going to be a very intense and interesting time for his family and home matters. His focus will definitely lie on these topics.

Although Saturn (that illuminates his seventh house of marriage and partnerships) will have turned direct too by this time, it makes a challenging aspect with his ruler. Thus, some squabbles and irritability will be present in relations with his love interest or partner. Unpleasant home topics might arise at this moment in time, which can lead to more serious disagreements and fights.

His finances will be on his mind as well at this time, as he will probably spend a lot of money on house decorations and on candies for trick and treating, especially if he has kids. So he’ll try to save a bit of money where he can – dates with his sweetheart might be pushed to the side.

Additionally, his field of career will be activated during this time, and not in a positive way… I hope I’m wrong, but he might lose his job during this period, if that happens, then all kinds of disagreements and squabbles are very real possibilities caused by his financial fear and irritability over failure.

But if you’re still filled with doubts or worries about your relationship with a Leo man, then why not take a look at my new VIP consultation offering? This is a wonderful way for you to find about more about yourself and the keys to unlock the most amazing romance yet!

Wishing you all the love and happiness in the world.