October 25th, 2021
Hi lovelies, how are you? How’s October been? Better than expected, I hope. Now, let’s delve right into this November Horoscope for your Leo love. 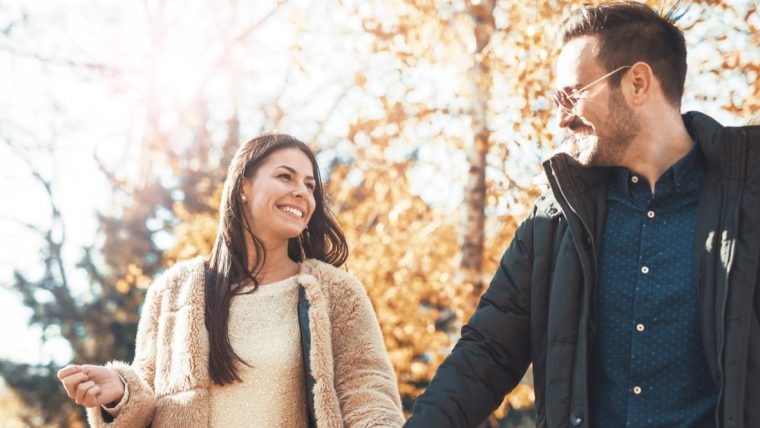 Hi lovelies, how are you? How’s October been? Better than expected, I hope. Now, let’s delve right into this November Horoscope for your Leo love.

The beginning of the month will be excellent for all romantic endeavors, especially meaningful conversations that will contain plans and hopes for the future. The time is ripe for short-term travel by air, too.

November’s New Moon is especially challenging for the Leo man, so an alternative curriculum of date ideas is advised. Dates that ascend the soul and spiritual connection between the two people are suggested more than anything else during this time.

The middle of the month will require his focus to be on his health and family matters. The Leo man is really undergoing rough patches in November, but the good thing is that he’ll feel the need to keep his spirits up by indulging in intellectually exciting behavior on dates.

The Full Moon Eclipse will bring some fine news to the Leo man if he has “behaved” during the New Moon transit and made some sound and humble choices. If not, he is in for a public scandal, and heads will fly.

The end of November will be like a saving grace for the Leo man. The transits will be perfect for outdoor events and adventurous dates, as well as plenty of laughs and a cheerful atmosphere. So, make sure to read more and see exactly what awaits the Leo man in November!

Life Is Full Of Changes

At the beginning of the month, we have the Leo man’s ruler, the Sun, in Scorpio in his fourth house together with Mars, and this means that he will make some changes in his home life, as well as that some (heavier) family topics will be activated for him.

The good thing is that both the Sun and Mars from Scorpio make a sextile with Venus in Sagittarius in his fifth house of fun and pleasure, and Venus herself conjuncts the fixed star Acuelus from the Scorpius constellation, and this conjunction will have a beneficial influence on his romantic life.

Furthermore, Venus conjuncts asteroid Juno, which represents his love interest or partner, and thus, the influence of the fixed star is spread onto Juno itself, too. This means that the beginning of the month is very beneficial for relationship matters.

Especially since Venus makes benevolent aspects with Jupiter (the planet of luck) that happens to be in the Leo man’s seventh house of marriage and partnership. There’s a romantic party happening at this point in Leo man’s eleventh house, and Jupiter makes beneficial aspects with that “party” that contains North Node (the Node of destiny), Lilith, and Ceres.

This is a perfect time to go over some intimate and deep topics (such as family life and home arrangements) with your Leo man, plan some travels by air (if the circumstances allow it), and have long and meaningful talks and chats.

Humbleness & Discipline Are The Keys To A Happy Life

This New Moon is not beneficial for starting new things for the Leo man. The Moon and the Sun make a powerful conjunction that will sit atop the Alphecca fixed star from the Corona Borealis constellation.

This means that karmic happenings are in store for the Leo man. He is most likely to experience problems with his lowest vertebra of the spine, misfortune in love, bad luck in love affairs, and even the possibility of a scandal that will influence his home and family life.

Disruptive forces are at play for the Leo man during this lunation, and it would be best if he kept his head low and stayed humble during this transit. Which is, by default, a difficult lesson to master for a Sun-ruled man in today’s society.

He is also prone to catching a disease during this time, especially a respiratory bug. So, caution with face-to-face interaction is advised during this time. It would be best if romantic contact is kept at a platonic level while this transit is active.

Venus is preparing to move to Capricorn, she sits on the Anaretic (maleficent) degree, and she is influenced by the Sinistra fixed star that brings bad luck in love and disruptive happenings to one’s love life. This directly affects the Leo man’s house of romance and pleasure, so it’s better if he sits this one out.

If there are any romantic occurrences during this lunation, it’s best to keep them on the “healing” side. Going to a spiritual or yoga retreat, having Reiki healing sessions, or visiting a counselor are all good alternatives at this time.

When It Rains, It Pours

I’m afraid that the middle of the month doesn’t hold much better times for the Leo man. The Sun (his ruler) is still in Scorpio, in his fourth house, and at this time, it conjuncts the Unukalhai fixed star from the Serpent constellation. This means that the Leo man will hear some unfortunate news about a family member and endure some health issues caused by emotional distress.

Mercury conjuncts Mars in his fourth house, so that means that he’ll be forced to take specific actions based on the news he receives at this time. He’ll be under a lot of stress during the middle of November, and his family life and health will become his focus.

The silver lining is that he will still try and find the time to spend at least a portion of time with his love interest or partner, and the conversations that occur at this time will be meaningful and beneficial in the long run.

He’ll be able to help others with his expertise, and he’ll want to go on dates that will bring a further expansion of knowledge and fun in his life. So, visiting museums, watching documentaries, and talking about art will prove to be very beneficial (and romantic) during the current transits in the Leo man’s life.

Saving Grace, How Sweet The Sound

The Full Moon Eclipse will go a bit easier on the Leo man. His strife and struggles with family and home life will begin to see the light at the end of the (long) tunnel. His tenth house of career and public life will be illuminated, and if he made any headline-worthy decisions during the New Moon transit, the scandal emerges now.

If he was wise and humble, there will be no such thing as scandal, but he will have a chance to overcome a work-related challenge and become the hero in the office (or wherever he works).

This transit brings healing properties to his health department, as well. If he had some more severe health problems during the New Moon and the middle of the month, he’ll have some good luck around this time, and his health situation will resolve successfully.

Now would also be the perfect time to indulge in meaningful conversations about your plans for the future. He’ll be more open to answer questions and let someone in who wants to know him better.

This month is not a month of light flirtation for the Leo man; instead, he’ll be focused on laying the foundations upon which he can build relationships in the future, so keep in mind that when you devise strategies on how to approach him.

The end of the month is like a release for the Leo man. Really, it is! The Moon will illuminate his third house of communication in Libra, causing him to feel extra romantic and charming, and he’ll want to share that mood with his love interest or partner.

Mars in Scorpio will bring necessary healing to his family relations and home life, as it will conjunct the Unukhalai fixed star and bring forth its healing and metaphysical properties for the betterment of mundane life.

The Sun and Mercury will make sweet and optimistic conjunction in Sagittarius, in his fifth house of fun, romance, and sexual pleasures. Together with them in a mix is also asteroid Vesta (she represents the homemaker woman in a man’s horoscope). So, the lady he chooses to converse with during this transit is the lucky lady he is trying to integrate into his foundations for the future of his love life.

Possible eye problems are on the horizon at this time, but aside from that, his health is looking up, and his knees will feel much better. This is why now is the perfect moment for outdoor dates and hiking trips in nature. Fresh air and a little bit of adventure will do wonders for romance right now.

The romantic connections have a chance of deepening for the Leo man at this point, and the good times and laughs he has now with his love interest or partner will stay with him for months to come. It really is a fantastic time for reminding him how fun life can be and spending time together.

Read next: 5 Reasons Why Leo Man Stay Committed (And Interested)

November will be a bumpy ride for the Leo man, with many ups and downs — but nothing he won’t be able to overcome. He just needs to pay more attention to his health and address family issues when they arise and not a moment later.

If you’re in doubt about your relationship with a Leo man or are looking for more specific guidance in love, then it’s time to check out my special offer. I’m providing my lovely readers with a VIP consultation where I can answer all your personal questions in love and life.

Be good and stay safe my darlings! Until next time…