February 28th, 2022
I bring some neat news in this month’s predictions. Are you ready to delve into the March horoscope for the Leo man? Let’s go! 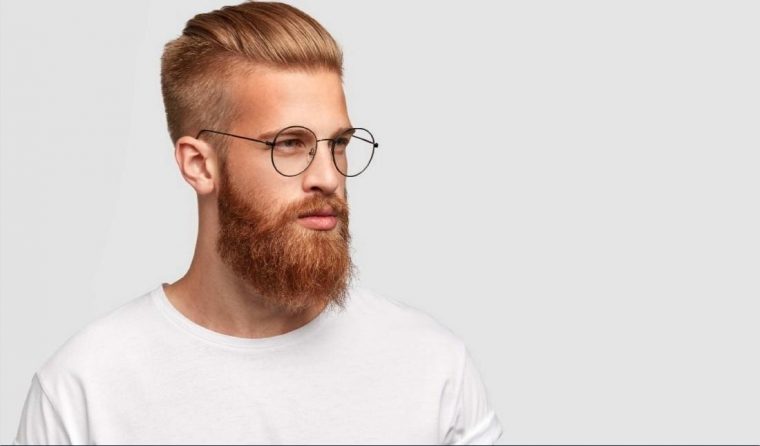 Well, hello there, my queens! How are you all? Fabulous I hope, for I bring some neat news in this month’s predictions. Are you ready to delve into the March horoscope for the Leo man? Let’s go!

The beginning of the month brings troubles at work and possibly with the Leo man’s health as well. Nothing serious, but he could use a break (vacation) indeed. The New Moon marks a very passionate cornerstone in his romantic life, and there are some very nice and steamy opportunities to make use of from here.

The first Half-Moon intensifies his libido and passionate desires, but now they are strongly connected to his love, aspirations, and plans that he has devised in the depth of his heart. It’s a great time for private settings and intimate dates.

The Full Moon brings a monetary culmination – whether in the form of gaining money or spending it. Knowing the Leo man, he’ll probably go big and not go home (afterwards). There are some cosmic forces going on right now, and some serious changes are being made in his love life, read on to find out what kind…

The end of the month brings travel, passionate moments, happy memories, and fun dates. Now is a perfect time to enjoy the Leo man’s company and his sunny nature. He is all about new experiences and romance during this transit, making sure to make the best use of it.

Right off the bat, there’s a smooth New Moon conjunction with Jupiter to kick things off. This takes place in the Leo man’s eighth house of sex, intimacy, and kinks. There’s also Neptune rocking his role in this house as well. It’s a fully-fledged party, I tell you.

This means that the Leo man’s heart is beating for some steamy adventures right now. He is emotional and turned on, and rightfully so – both his chart’s ruler, the Sun, and his fifth house ruler, Jupiter, are accentuated with the Moon.

And there’s a very fast-paced conjunction happening in his seventh house as well – Mercury and Saturn are locked in a tight dance together. This means that he is open to serious (verbal) deals, compromises, and agreements when it comes to serious relationships and long-lasting deals.

A great idea for kicking things off with the Leo man at this point in time is dirty talk. Put your feelings and emotion in it, and be honest and direct in your verbal approaches. As long as you feel the way you’re saying you do, and you say it to his face. He will fall so hard for you, that you won’t be able to get him off of you!

He might experience some turmoil and troubles at work or with his health. If that’s the case, the best remedy is for him to take a break from daily obligations and snuggle in with your presence or energy by his side. If you cannot be physically together, you can be online, spend some time with each other (however you can) during this transit, it will be a fine beginning to some very nice things.

I Show My Love With A Roar!

The first Half-Moon on the 10th of March marks a big milestone in his romantic life. Mars and Venus are still in a very tight hug, but they have moved away from toxic Pluto, and they’ve made their way to his seventh house of marriage and love commitment.

This means that the Leo man will not just be romantically inclined during this point in time, but that he will also try to commemorate your relationship in a meaningful way. There’s a strong Jupiter-Sun-Neptune conjunction supporting this, in Pisces in his eighth house.

He might experience some failure in the verbal expression of his intentions and emotions, thanks to Mercury residing in Pisces, as well. But it’s important to listen to your guts and his body language at this point in time. He has strong libido and emotional desires right now, and he will rather act on it than simply say it.

Good date ideas include romantic settings, private settings that set the mood for the two of you. Having the space and time to feel and physically express your emotions is very important right now, so keep that in mind when you make date night plans.

Excitement Is My Middle Name

The Full Moon on the 18th of March activates the Leo man’s second house of finances and income. There’s a strong possibility that money will rain for the Leo man right now. And what’s more, his seventh house remains strongly illuminated through the Venus-Mars conjunction. But there’s now also Juno conjunct Saturn and Vesta have found its way to it, too.

This all means that now is the right moment for sealing your relationship with an engagement ring or even a wedding ring. There’s no better time for it than right now! This can also mean that he will spend a lot of money on you or your big event. But he will do so gladly.

His sexual appetites are also on the megalomaniac side, as well. But he is feeling and acting extremely romantic. He is showing off his grandiose emotions through deeds and not words right now. What a marvelous sight to behold and feel on your skin.

It’s a great time for a honeymoon, actually. Whether it’s ‘official’ or not, there’s nothing stopping you two from experiencing your best romantic life, especially if it’s by the sea. There’s also a possibility of meeting him at an airport, or on the plane and kicking it off with him, especially if there’s a romantic movie going on in the background. Exciting times, no doubt!

The end of the month brings the culmination of things and new beginnings in the form of long-distance travel and changing of spiritual philosophies. What an interesting twist to his personal life…

His seventh and eighth houses are both strongly accentuated, and Saturn is now playing a big role in his marriage and committed relationship. Venus, Juno, Saturn, and Mars are all playing together and tightly. This means that karma has come to knock on his love door, and the Leo man was brave enough to answer it.

Jupiter and Neptune are in tight conjunction in his eighth house, and this brings forth all kinds of emotional (and sexual) openings from his end. He is romantic, he is passionate, he wants to touch and to feel free.

Now is a perfect time to go on a trip together, to enjoy each other’s private company, to open up emotionally, and be intimate body and soul with each other.

If he expresses a desire to get to know you better, and suddenly asks you out on an interesting date – your time to shine has come, go for it, for the Leo man is definitely going for what he knows he desires. Make the best use of this cosmic opportunity, enjoy it, thoroughly!

There you have it, my lovelies… What an exciting month, huh? I’ll say! It was a wonderful ride, this prediction, and I hope it brought you some good vibes, as it did for me writing it.

Stay safe, have fun, and be positive; March is a promising month and it brings good things to those who have done good in the past. And to those who haven’t… well, it’s never too late to start fighting for the higher cause.

I write these articles so that they apply to everyone who is with a Leo man. While generally correct, you could be feeling as if your specific situation was overlooked. I won’t have my dear readers left feeling this way without guidance.

I pride myself on my connection with my audience. I never want you to finish here feeling like you didn’t receive enough help in your relationship.

I created the VIP Consultation services in order to find those that need my one on one, personalized attention. It’s a way for me to get to know you and for you to gain personalized insight into your relationship.

Wishing you love and light on your journey this month with your loved one.