How to Attract a Leo Man in September 2020

August 27th, 2020
How to attract a Leo man in September 2020? Draw the attention of a Leo man or improve your relationship with one in September! 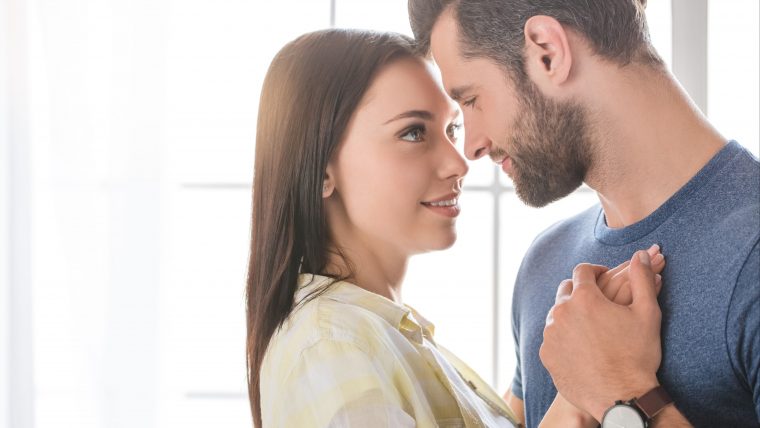 Every month, the planets change signs and affect our relationships. Depending on the planetary movements, it may be tough to understand the needs and desires of the Leo man. But with my tips based on the monthly energy, you can draw the attention of a Leo man or improve your relationship with one in September 2020.

Attracting a Leo Man in September 2020

1. Play by the Rules

Even if August 2020 was an exciting month with the Leo man, September 2020 will bring your love to new heights!

Unlike August, September 2020 is a month of Virgo with hints of Libra. This is the month where the Leo man takes all the fun he experienced in August and applies it to his overall desire for a secure life.

Because the Virgo Sun is highlighting his second house of values until September 22, expect the Leo man to want things to go his way.

With Virgo Season naturally being a time of order, service, and thoughtfulness, the Leo man is most attracted to the woman who is confident and knows how to play by the rules.

Even though he is extremely passionate, he will be drawn towards the woman he can share his heart with. He wants someone genuine and trustworthy. He has no time for petty games.

During this period, focus on establishing your expectations for the relationship. Use this transit to make sure you’re on the same page. Instead of beating around the bush or fishing in the dark, I suggest getting to know each other’s love languages.

For example, is he a man who appreciates acts of service, words of affirmations, or gifts of love?

Does he know that you like physical touch and verbal communication with lots of eye-contact?

Getting to know each other’s love languages helps you understand each other’s basic needs. Think of this as “the rules of engagement.” By doing this, you show the Leo man that you’re not afraid to please him. You prove to him that you’re not just talking; you can keep your promises too.

If things start to feel uptight mid-month, hang on. Things will liven up again when the Sun moves into his third house of Libra on September 22, when the Leo man will become more social and relationship-oriented.

At the end of September, prioritize building an intellectual connection with the Leo man. Don’t worry so much about being in love for the moment. Be his friend.

2. Give Him Lots of Attention

With Venus, the planet of love and romance, transiting the Leo man’s first house of Leo from September until October 2, he is coming out of his cave, and he’s ready for action.

Venus in the Leo man’s sign brings excitement, optimism, and new beginnings to his love affairs. During this period, he is most attracted to the woman who is attentive and affectionate.

If you want to attract a Leo man in September 2020, you need to give him a lot of attention. He wants to know that he is one of your top priorities.

Although the Sun in Virgo encourages the Leo man to embark on a new journey of emotional and financial independence, Venus in Leo reminds him that no matter what, a man’s got needs. So whether it’s treating him to a fun outing or encouraging him to spruce up his physical appearance, shower him with your presence so he knows that you’re all in.

By being respectful of his desires and giving him the fulfilment that he needs, you’ll ensure that the Leo man will return the favor, giving you what you gave him.

No matter your relationship status, use Venus’s September transit in Leo as an opportunity to connect deeper with the Leo man. He’s open to trying something new.

When it comes to the Leo man’s mental status regarding relationships, September’s cosmic energy reminds him that to maintain a healthy, evolving relationship, you must first keep an open mind.

However, with Mercury in Libra highlighting the Leo man’s third house of self-expression until September 27, it may be hard for him to keep his mind on one thing.

During this period, Mercury’s spotlight on his third house inspires the Leo man to be more diplomatic and receptive. His stubborn fixed nature may come across more approachable and empathic than unusual. He’s more aware of his desire to connect and get along.

Although it may seem like the he isn’t interested or is busy exploring other things, be assertive while letting him know that you’re flexible and open to getting to know him in due time.

To win his attention, be sincere in your communication and approach. Instead of acting passive or indecisive, be clear and concise with the words you speak.

By doing this, you not only impress him with your eloquent speech, but you also show the Leo man you’re capable of handling things without drama.

Take advantage of this transit and get to know the Leo man’s creative mind.

If you two are artists or interested in art, you can deepen your connection by making crafts together and working with your hands.

Stay open and say yes if it feels right. It’s okay to laugh and have a good time!

Read next: 7 Reasons Why Women Fall in Love for Leo Men

With Mars stationing retrograde in the Leo man’s ninth house of mental exploration and adventure on September 9, be open to making a leap of faith.

For the next two months, the Leo man will be contemplating his overall direction in life and will want more independence and freedom to do his thing.

If either of you has an opportunity to travel or move to a better position in life, don’t hesitate to say yes. Even if this means one of you may have to commute long-distance, stay on for the ride.

With Mars being the planet of action and will power, the Leo guy is open to trying new things.  During this period, the Leo Man is most attracted to the woman who isn’t afraid to face the unknown.

Depending on your age and physical abilities, think about fun ways to get the Leo man out of his comfort zone. Perhaps you could try an interactive activity like sailing, bike riding, rock climbing, cliff diving, etc.

If adrenaline-based sports aren’t your thing, you could plan a quiet vacation away from home.

Sexually, Mars retrograde in Aries awakens the Leo man’s desire for more spice in the bedroom. So if things have gotten dull, switch things up and try something new.

Again, the Leo man is attracted to the woman who isn’t afraid to break barriers and step outside her shell.

Overall, I’ve found that September 2020 is an opportune time to focus on attracting a Leo man.

If you want to successfully build a relationship with a Leo man in September 2020, play by the rules, be attentive, keep an open mind, and take a leap of faith. Have hope that together you can turn over a new leaf.

If you’re looking for guidance on how to attract the Leo man, my guide Leo Man Secrets is better than any daily, weekly, or monthly horoscope app you’ll ever read. Instead of just giving you the basic knowledge of the Leo man, I share real-life stories and examples of women who have been where you are and have overcome their challenges and are now living the love story of their dreams.

If you’re ready to dive deeper and start your journey to unconditional love with your Leo man, you can purchase Leo Man Secrets here.

And while you’re at it, go ahead and find out the compatibility between you and your Leo man with my free quiz. It’s an easy way to see if you have what it takes to make it in the long term.

Have you noticed these astrological influences on your Leo man? Let me know in the comment section below!

Your sister and relationship astrologer,