How to Attract a Leo Man in October 2020 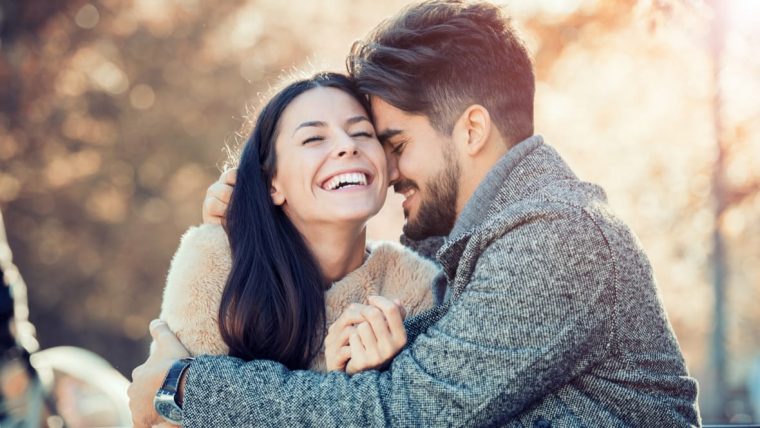 Every month, the planets change signs and affect our relationships. Depending on the planetary movements, it may be tough to understand the needs and desires of the Leo man. But with my tips based on the monthly energy, you can draw the attention of a Leo man or improve your relationship with one in October 2020.

Attracting a Leo Man in October 2020

If you thought September 2020 was an exciting month with the Leo man, October 2020 brings you a new level of self-expression, curiosity, and excitement for the Lion.

Unlike September, October 2020 is a month of Libra with hints of Scorpio. It’s a month of authentic connection and opening up.

Because the Libra Sun is highlighting his third house of self-expression until October 22, expect the Leo man to have a lot to say.

With Libra Season naturally being a time of socialization, the Leo man is most attracted to the woman who is outgoing and likes to have a good time. He wants someone well-spoken and physically appealing. Someone who fits in easily with his friends and environment.

During this period, focus on listening to the Leo man as much as possible when you are with him. Use this transit to have deep conversations and build a friendship.

Building an intellectual connection with the Leo man is more powerful than physical affection while the Sun is in Libra. If you want to turn him on, you’ll have to stimulate his mind.

Show or tell him something he’s never seen or heard before. Intrigue him and you will instantly win his heart (or at least his attention).

If things naturally start to become more serious around October 22, don’t fight it. Just let your chemistry effortlessly unfold. If you resist the flow of your friendship, he will feel rushed and pull away.

Beginning on October 22, the sensual Sun in Scorpio will highlight the Leo man’s fourth house of emotional security and Home until November 21.

During this transit, he will be more mindful of your connection and where it has the potential to go. This is the time of year where he decides to settle down and invest himself emotionally.

So be patient and see how it all plays out. You’ll find out where his head and heart is in November.

September 2020 may have been about having fun and flirting just for giggles, but October 2020 has the Leo man looking for the real deal. He’s no longer interested in a quick one-night stand.

Instead, the Leo man is most attracted to the woman who is successful and carries herself with high standards. He wants a woman with class and elegance. Someone who forces him to up his game and set the bar high.

From October 2 until October 27, Venus in Virgo will illuminate the Leo man’s second house.

In astrology, Venus represents love and money, and the second house represents values and principles—self-worth.

With Venus in Virgo highlighting the Leo man’s second house of values all month long, focus on building a set of rules or standards for your relationship to grow from. Don’t date blind or leave how he treats you up to chance.

When Venus is in helpful Virgo, this is your chance as a woman to be a source of guidance and inspiration to the Leo Man. Woo him with your emotional maturity and independence.

Show him what it’s like to date an all-around woman!

3. Keep It Private For Now

As much as you want to shout your love from the rooftops, keep things quiet for now. Give the connection more time to evolve before you start demanding that you two figure everything out.

At least try to keep things private until the end of November, once Mercury finishes its retrograde station.

For now, focus on keeping things low key and off of social media. Avoid telling your friends and family as well.

It’s not that the Leo man is trying to hide you; it’s that Mercury, the planet of communication and thought, stations retrograde in Scorpio on October 13. In astrology, Mercury retrograde is a time where thoughts are foggier and decisions require more review.

During this retrograde period, Mercury in Scorpio will highlight the Leo man’s fourth house of home and emotional security.

Because both Leo and Scorpio are fixed signs (meaning they have the same mode of expression; they both are stubborn and highly dominant), this is a challenging Retrograde transit. The Leo man may need more space to go inward and self-reflect.

To honor his needs during this intense transit, show him love and appreciation by respecting his privacy.

If he seems talkative in one moment and silent the next, let it be. You will win his loyalty and affection by giving him the attention and alone time he needs.

Read next: 7 Things Nobody Tells You About Dating a Leo Man

As a fellow fire sign, Aries’s pioneering nature blazes through the Leo man, showing him firsthand that he deserves the highest caliber of unconditional love — no more settling for less.

Due to his heart-awakening epiphany, the Leo man will be ready to fully step into his present romantic situation (possibly with you) and let go of the past. He will be ready to date and/or start something new.

Even if you are married to a Leo Man or in a long-term committed relationship, October’s full Moon in Aries on October 1-2 is a major turning point for you.

Instead of staying stuck in an outdated or toxic pattern, Aries’s optimistic nature reminds him that it’s okay to start fresh and go a different way. There are possibilities available to you.

If looking for ways to connect under this lunation, try going on a quick vacation or exploring something new together.

With the Full Moon in Aries highlighting his ninth house of adventure, this is the perfect time to break out of your comfort zone.

Overall, I’ve found that October 2020 is an opportune time to focus on attracting a Leo man.

If you want to successfully build a relationship with a Leo man in October 2020, build a friendship first, set the bar high, keep things private, and let go of the past. Be willing to have fun with each other without the pressure of romance or physical love.

For those who are ready to dive deeper and start your journey to unconditional love with a Leo man, my guide Leo Man Secrets is better than any daily, weekly, or monthly horoscope app you’ll ever read.

Instead of just giving you the basic knowledge of the Leo man, I share real-life stories and examples of women who have been where you are and now have the relationships of their dreams.

In this intuitive guide, I’ll share with you my top secrets for winning the heart of the Leo man. If you’re ready, purchase Leo Man Secrets here.

And why not take my free love and compatibility quiz to find out if you and your Leo man are a match?

I’d love to hear your results in the comment section below!

Your sister and relationship astrologer,